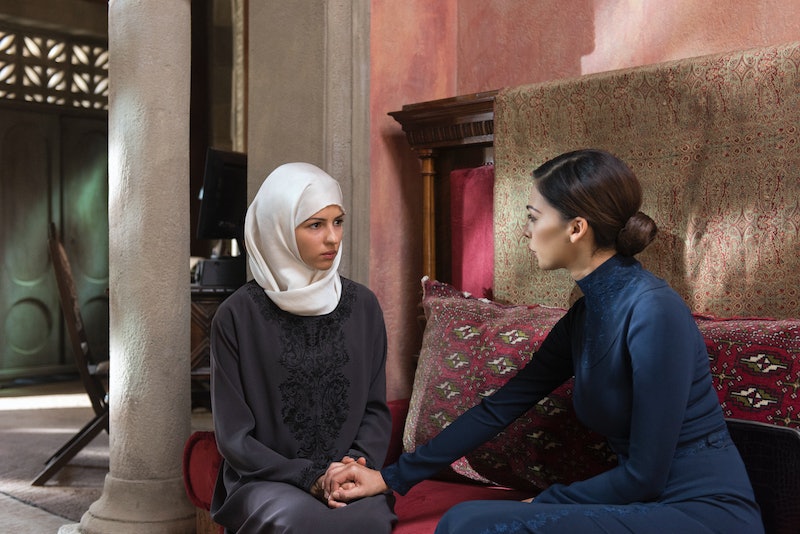 Sometimes, television news comes so suddenly that it hurts. Just before the Season 3 finale airs on Wednesday night, FX announced that Tyrant is canceled. The series, which follows ruling families in the Middle East as one man tries to escape his past, is coming to an unexpected close. If your withdrawals start sooner rather than later, here are some shows to check out next.

Will they get picked up by another network? Hulu saved The Mindy Project, Yahoo saved Community, and CMT saved Nashville — so it's possible. In an official FX press release, Fox 21 Television Studios President Bert Salke assured fans that “We feel the show is a gem and we’d love to find a way to keep it in production. That said, we want to be realistic about its prospects. So for its loyal audience, [Wednesday]'s episode will be a satisfying end should the series not find another home, but also provides interesting possibilities should we be able to continue on some other platform.”

Until we learn what projects the cast will take up next, what should Tyrant fans watch? Here are my suggestions for some current and brand new shows that might interest those mourning the end of yet another beloved show.

While Carrie Mathison deals with terrorism in the United States more than Middle Eastern politics, the shows feature similar issues. Plus, Tyrant creator Gideon Raff both wrote for Homeland and created the original Israeli series that it is based on, Prisoners of War.

It's a different revolution, but a fascinating one all the same.

Much like the Al-Fayeeds, Philip and Elizabeth Jennings balance typical suburban family life with political turmoil.

It's a different tone, but Hayley Atwell's new series about a former first daughter who is also running away from the past might entice fans. Other shows that Tyrant fans might be interested in include The Night Of, Queen Sugar, Shots Fired, and possibly Narcos. This is a good time for television, and while it's sad that Tyrant may not get a Season 4, there is plenty more out there to enjoy.