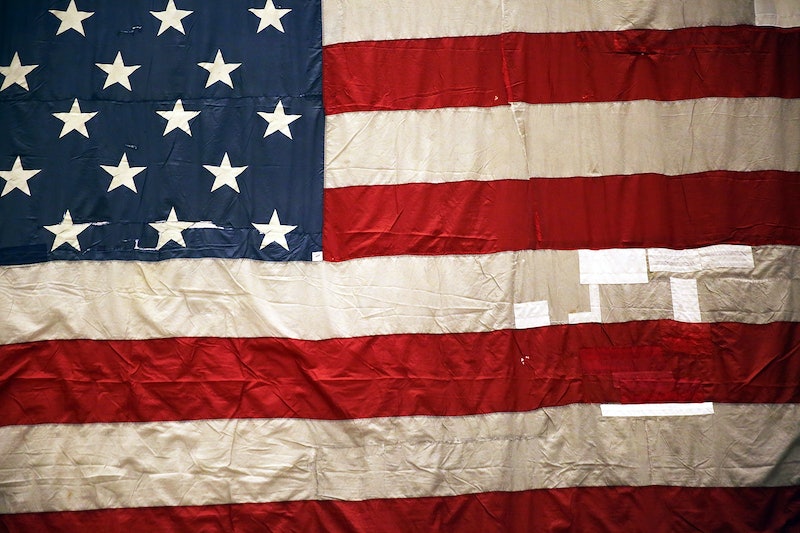 Every American over a certain age remembers where she was when news of the September 11, 2001 terrorist attack first broke. But where were you on the day after? The week after? Chances are, you were probably glued to the television screen for many of those following days and weeks, as several powerful TV tributes to the 9/11 attack filled the silver screen that year.

After the dark day of 9/11, Americans began to grieve in many different ways. Some got as close to the crash sites as possible, seemingly trying to understand and process what had happened. Many gathered at vigils, prayer services, and makeshift memorials to honor those who had died. Thousands got involved in recovery efforts, donating blood or leading volunteers to the affected areas.

On TV, powerful images and messages from recognizable faces helped to facilitate the country's mourning process. First responders showed unity and solidarity, while celebrities played tribute to the bravery that those first responders had displayed. While the moments of silence and prayer services continue to this day, as the 15th anniversary approaches on Sunday, the TV segments from the aftermath of 9/11 in 2001 still provide some of the most powerful and emotional messages.

Jon Stewart On "The Daily Show"

In his first Daily Show episode after the 9/11 attack, Jon Stewart didn't beat around the bush. He told viewers that the show would be a little different that night, as they aired old clips that would hopefully cheer the country up. Then, Stewart himself got emotional. "Any fool can blow something up," he said. "But to see these guys, the policemen, these firefighters, people from all over the country, literally with buckets, rebuilding, that's extraordinary."

David Letterman On "The Late Show"

Like Stewart's, David Letterman's response to the 9/11 attacks was a kind of stream of consciousness. "If we are going to continue to do shows, I just need to hear myself talk for a few minutes," Letterman said. He shared his own emotions and he praised New York City Mayor Rudy Giuliani for his leadership in the aftermath of the attacks.

If nothing else, sporting events went on after 9/11 — but not without their fair share of patriotic tributes. At the World Wrestling Entertainment (WWE) SmackDown two days after September 11th, WWE founder and CEO Vince McMahon sought to help Americans return to their everyday lives, as the nation's leaders had encouraged.

Tom Cruise At The Oscars

In March of 2002, more than six months after 9/11, Tom Cruise opened the 74th installment of Hollywood's Academy Awards by looking backward. He credited movies with an important and necessary power after the 2001 attacks. "A small scene, a gesture, even a small glance between characters can cross lines, break through barriers, melt prejudice, or just plain make us laugh," he said.

Also roughly six months after the 9/11 attack, Maya Angelou appeared on The Oprah Winfrey Show. During the segment, she was asked about her unique reaction to the tragedy by an audience member who could relate. Angelou showed compassion for everyone affected by and involved in the 9/11 attacks and warned Americans not to "lust for revenge."

Although it's been nearly 15 years since the tragic attacks on September 11, 2001, the emotions evoked by the somber date may still feel raw. Ultimately, Americans across the country, regardless of gender, occupation, or access to a TV audience, felt the pain of 9/11 and shared in the experience of recovery. As many of the TV tributes pointed out, it's one of the few experiences in recent history that has truly united all Americans — and continues to do so each anniversary — if only for a temporary amount of time.