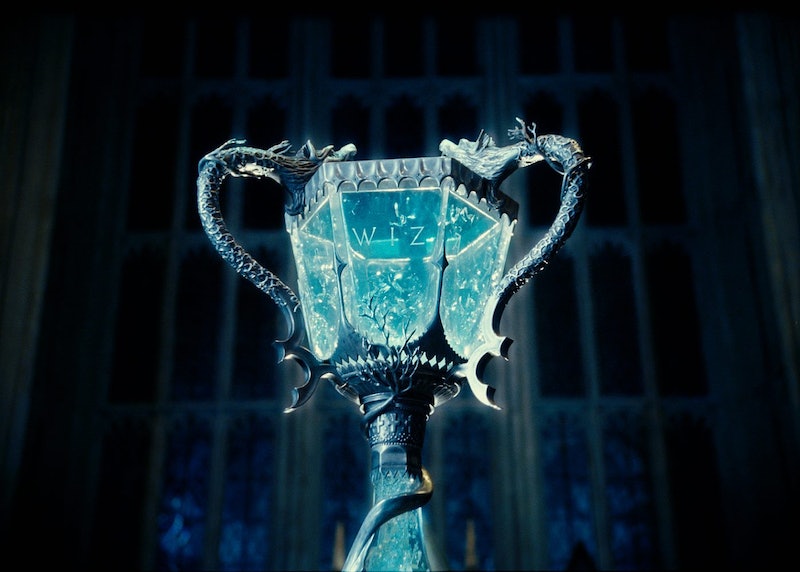 When the Triwizard Tournament rolled around in Harry Potter in the Goblet of Fire, the vaunted event made Harry’s fourth year at Hogwarts memorable. Tasks weren’t held often, but each one was exciting and challenging. Everyone had their favorite, though — including J.K. Rowling herself.

In this case, second the best is true. Rowling revealed in Hogwarts: An Incomplete and Unreliable Guide , one of her three new Harry Potter books, that the Great Lake task was her favorite. Although the body of water was always a backdrop to the gorgeous campus, it was known as little more than the home of the Hogwarts’ resident giant squid prior to the tournament. The second task, however, gave readers the chance to explore it along with Harry.

Every Triwizard Tournament task was insanely hard, of course, but the second presented a unique challenges. The champions were charged with heading into the Great Lake to recover a special someone from its resident merpeople, which meant not only finding a way to breathe underwater but also dealing with the many rare and scary aquatic creatures.

“I find it satisfyingly creepy,” writes Rowling of the second task. “I like the diversity of the methods employed by the competitors to breathe underwater, and I enjoyed plumbing the depths of a part of the grounds that had never been seen before.”

The author had wanted Harry to explore the body of water long before Goblet of Fire, in fact. It turns out that in the original draft of Chamber of Secrets, he and Ron ended up crashing Mr. Weasley’s flying Ford Anglia into the lake instead of the Whomping Willow. There, they met the merpeople, who Rowling had intended to make a bigger part of the series. She had also considered turning the Great Lake into a portal to other magical places, but aside from the arrival of the Durmstrang delegation, that never materialized.

It’s interesting to see what might have been, but given how key the Whomping Willow was to Prisoner of Azkaban, it seems like Rowling made the right call. The lake is still great, even if we really only got to explore it during the second — and best — Triwizard task.