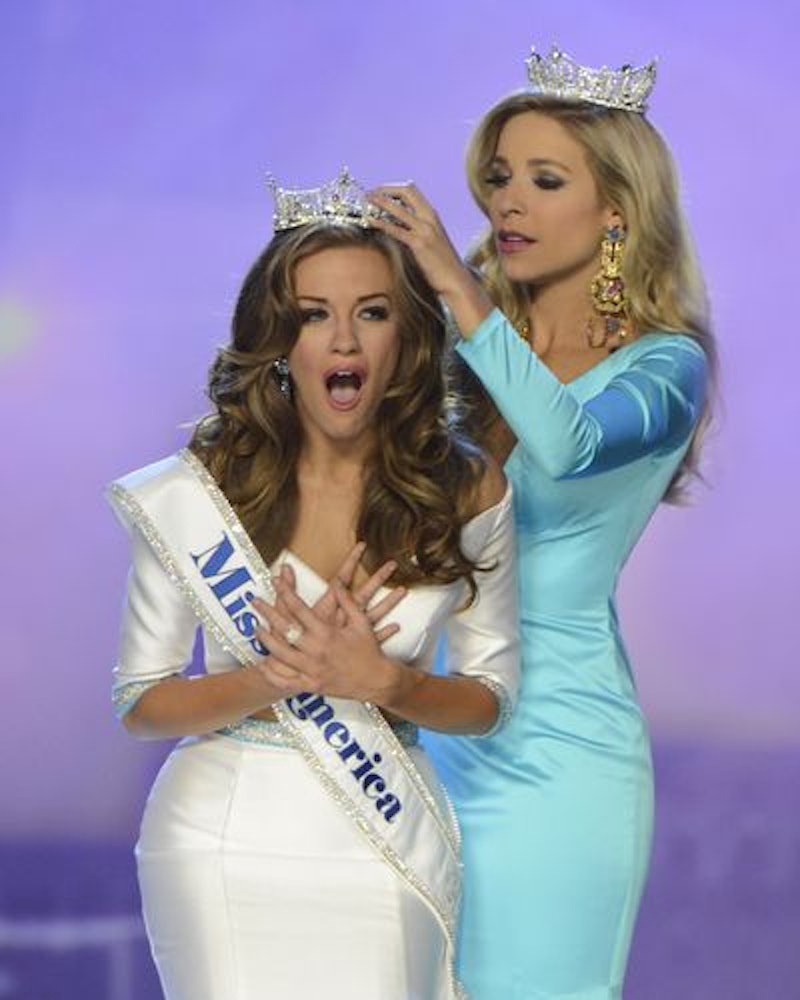 Steve Harvey may have been part of the most awkward moment in TV history when he accidentally read the wrong winner for the 2015 Miss Universe pageant, but he also reminded audiences why watching these competitions live can be so entertaining. And, of course, since it's the twenty-first century, if you're going to watch a competition, you'll want to be able to do it on whatever device you have handy, so where can you stream Miss America 2017? Luckily, ABC, the network hosting the show, makes streaming its programs pretty easy so that if another shocking pageant moment happens, you'll be able to see it no matter where you are.

The easiest way to watch the Miss America pageant on Sunday, Sept. 11 at 9 p.m. is through ABC's website or app. Both versions allow you to live stream the network on any device in certain cities, as long as you have a login and password for a participating cable provider. The app is available on many devices, and can be found in the Apple app store, Google Play store, Amazon Appstore, and more. That's your best bet, as there so far haven't been any alternatives announced by either Miss America or ABC. However, if you have a cable provider that allows you to live stream content through its own app, like Comcast, Time Warner, or Optimum, or a subscription service like Roku or Slingbox that lets you connect to a cable box and stream from it, that should work as well. Between one of these options, you should be able to find something that works for you. However, for those who don't have cable... maybe find someone who does and will let you come over and watch it with them.

Wondering why you should be in such a hurry to watch the competition? Well, when something live Harvey's unfortunate mishap happens, it becomes a pretty huge topic of conversation, and you won't to be the only person who didn't see it. Now, returning Miss America 2017 host Chris Harrison has spent countless hours on TV hosting not just the pageant, but many, many episodes of the various Bachelor series, and after seeing what happened at Miss Universe, I think he'll triple-check the name of the winner before announcing it, so it's not very likely that a similar flub will happen on Sunday night. But that doesn't mean something else surprising won't happen. There are 52 competitors, after all — that means 52 chances for something weird, unexpected, or downright bizarre to happen, from a strange talent to a statement that rivals Miss Teen South Carolina's legendary answer from the 2007 Miss Teen USA competition.

But surprises don't have to be negative or something that people mock, either. It's possible that the big surprise could be a particularly insightful moment during the question and answer portion of the evening, or an inspirational clip package that prompts some unlikely tears about how far a contestant has come.

Honestly, since the Accidental Mis-Crowning of 2015, it feels like just about anything can happen at a pageant like Miss America. So I certainly wouldn't want to miss the opportunity to join the Internet firestorm of excitement that could result from another surprising moment this Sunday night.