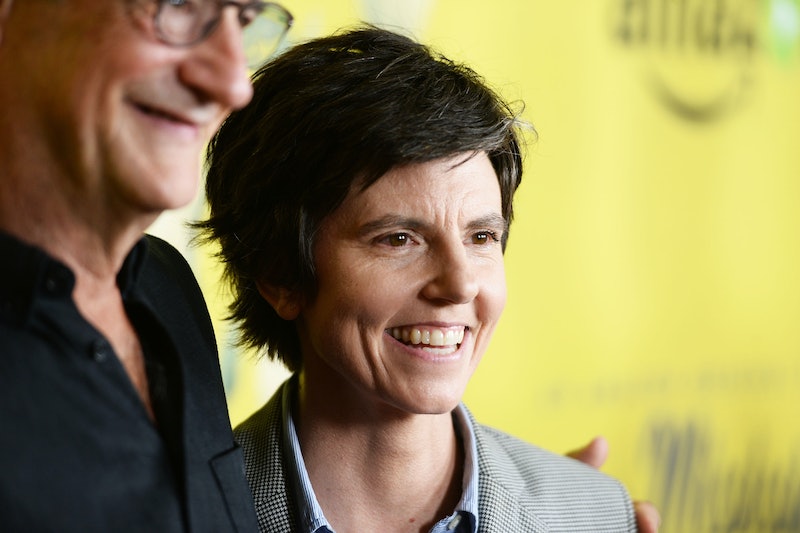 Comedian Tig Notaro's new Amazon digital series One Mississippi has a lot in common with her real life. Both the real Tig and fictionalized Tig have suffered from illnesses, recently dealt with the death of their mother, and are from towns in the state of Mississippi. In the pilot, Tig returns to her hometown, but is Bay Saint Lucille from One Mississippi real? Unfortunately, the quaint Mississippi town is fictional — but it is based on Notaro's actual hometown of Pass Christian, Mississippi, which is located 60 miles east of New Orleans, according to Vogue. The name of the fictional town also seems to borrow inspiration from Pass Christian's real neighboring coastal town, Bay St. Louis.

One Mississippi premieres its first season on Amazon on Friday, Sept. 9 and the comedy series (co-created by Notaro and Diablo Cody) follows the character Tig as she recovers from illness and mourns the death of her mother, who is taken off life support in the pilot, which debuted last year. She decides to stay in Bay Saint Lucille with her stepfather and brothers to pick up the pieces of her life, echoing the real-life Notaro's decision to stay with her family (who now live in Texas) after her mother passed away from a sudden fall, as detailed in the comedian's Netflix documentary, Tig.

“I used the pilot as a jumping-off point to touch on other real parts of my life and fictionalize a lot of it,” Notaro told Variety. “People think they know my story, but they don’t know where it’s going to go.”

But Pass Christian, Mississippi, still plays a big role in Notaro's life — it's where she was born, where her mother is buried, and where Notaro married now-wife Stephanie Allynne last year, according to The Sun Herald. "Pass Christian is what I consider my hometown," she declares in Tig as she drives through the real town. "It's where my family is from and where I spent summer vacation... Just this is where my brother and I identify as being our hometown."

So it's no wonder the comedy series bares the name of the state in its title and takes place in a Gulf Coast town based on Notaro's own. One Mississippi , however, has filmed in both Texas City and Galveston, Texas, and not in Pass Christian or Mississippi, according to the The Galveston County Daily News.

At a Television Critics' Association event for the series last month, Notaro addressed the fact that the show's Southern setting won't lend itself to being about her sexuality, nor will it be about her being openly gay in a traditionally conservative area, according to The Hollywood Reporter.

"What I do enjoy about doing the show is I think it could be expected in taking place in Mississippi that the option of being gay and coming out and conflict of family would be an easy way to go," Notaro said. "Luckily, that is not an issue in my life; it’s a non-issue. It's been an exciting element to present my life in the way that it is where nobody flinches if I have a girlfriend or three."

More like this
The Black Lotus Staff Has "Had Enough" In The 'White Lotus' Spoof From 'SNL'
By Brad Witter
Darren Harriott Is Keeping His Love Life Away From The Spotlight
By Darshita Goyal
Netflix Shut Down 'Bridgerton' S3 Rumours About A “Very Dark” Storyline
By Bustle
Linda Ronstadt’s “Long Long Time” Plays A Pivotal Role In The Last Of Us
By Brad Witter
Get Even More From Bustle — Sign Up For The Newsletter
From hair trends to relationship advice, our daily newsletter has everything you need to sound like a person who’s on TikTok, even if you aren’t.