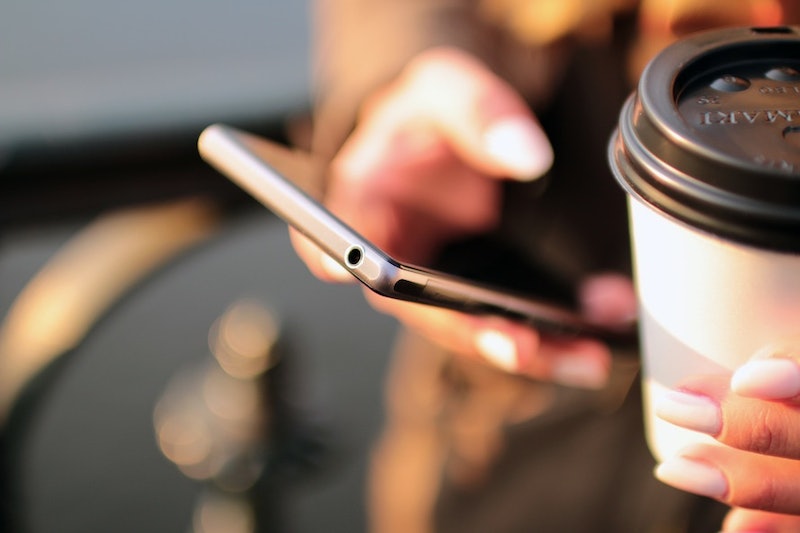 Do you ever lay awake at night emotionally fraught wondering if you successfully slid into those DMs of your Twitter crush? Fear not any longer, fellow humans, for Twitter's new direct message read receipts update will let you know on the spot when your fave Twitter personality has seen your text. Twitter announced the shift on Sept. 8 from the ~official Twitter account~, including a video preview of what read receipts on Twitter will look like when the rollout reaches you. The real question, though: once you know the official Elmo Twitter — er, I mean, Harry Styles — has seen your tweet, will they ever DM you back?

Our psychological states aside, the new Twitter update is even fancier than just read receipts. It also includes the "..." typing indicator to let you know when your friends are in the process of DM-ing you back. It essentially looks the way that read receipts looks on your iPhone — instant, clean, and super satisfying. (Unless, of course, you are a human like me, who pretends not to see things for inordinate amounts of time out of sheer laziness.) It even allows users who are direct messaging in a group to see not only if their message has successfully sent, and get a check mark letting them know when everyone in the group has seen it. And to top it all off? Now when you post links, they'll form with preview images instead of just remaining hyperlinks, so your friends can see what you're sending them.

If you're not seeing the update to your DMs yet, no worries — like most updates, it will hit everyone in good time. An official Twitter spokesperson told Bustle over email that it will be rolling out to everyone in the days following Sept. 8, and that it will be available on both Android and iOS. But make sure you're keeping up to date with the latest version of Twitter by keeping an eye on your App Store for any updates — if you don't have it set to update automatically, you'll have to update it yourself to get the new rollout. You'll know you have it when you get read receipts, typing indicators, and rich media web links in all your DMs.