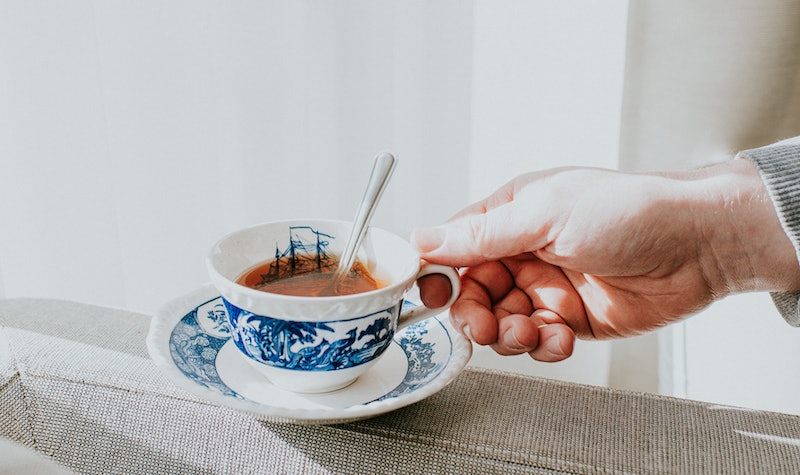 It's no secret that the central tenet of British culture is a cup of tea. But as a Brit myself, I still can't explain the national obsession with this hot, leafy liquid, devoid of any flavor. (Cue the collective gasp from friends/family/the Queen). And now that spray can tea has befallen the leaf-stained taste buds of my comrades, I'm even more confused.

In keeping with the trend of inventing items that make me want to teleport back to 1854, a company creatively named No More Tea Bags have just launched instant tea — that is, tea which is sprayed from an actual aerosol can, the aim of which is, I guess, to make the process of tea making even quicker. On the No More Tea website, the other listed benefits of this invention include the abilities to "easily control the strength of your tea" and make "hotter, tastier tea in an instant."

The English Breakfast flavor costs $6.58 (£4.95) for a 6.7-ounce (200ml) can, from which you get 20 cups of tea — apparently with a far superior flavor than that of the lowly leaf bag. Metro also reports that No More Tea Bags creator Guy Woodall believes convenience will be the driving force behind the product's success, as we all seem to take far too long brewing our tea. (For the curious, it's apparently five minutes normally, compared to 13 seconds with the spray tea.)

All right, Guy. I hear you. But I'd also argue that your market research for spray tea (two words that are really tickling me right now) may have glossed over one very important point: that Brits actually like the inconvenience of tea-making. In fact, they love it. Tea is often presented as a lukewarm solution to any one of life's ailments in my country. And because us Brits can't quite express our emotions in the same way as our American cousins (stiff upper lip and all that), we often use tea as a physical substitute for real communication.

"Would you like a cup of tea?" and "I'll go put the kettle on" are statements which often denote our latent desperation to escape from awkward situations (like, for example, having to talk to the gas-man in our My Little Pony pyjamas, or making small talk with our sister's husband when she leaves the room). I mean yes, a cup of tea can be presented along with or in place of some kinds words, and I understand why it can soothe the soul in these situations. Indeed, I've also heard many of my friends describe it as a "hug in a mug" (even though I'd say it's more of a pat on the shoulder).

But my point is, Brits may not take to anything that shortens the experience of tea-making — which may curtail No More Tea Bags' popularity.

If you're still somewhat curious, though, you can check out the full range of offerings at the No More Tea Bags website.