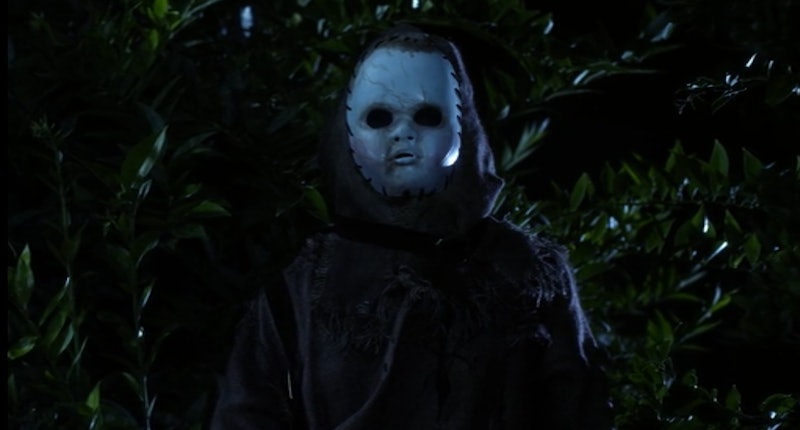 There are few Pretty Little Liars characters that I am as suspicious of as I am of Lucas. Maybe the few Lucas/Hanna shippers out there (somewhere) would disagree — but personally, I can't help but think that Lucas' behavior after the series' time jump was downright suspicious. I mean, he offered Hanna a huge workspace so she could run a fashion business in Rosewood, right around the same time a stalker wanted to keep the Liars in their hometown. That's a total red flag, especially when you couple that with the fact that Lucas has seemingly unlimited access to money, a fireplace that almost barbecued Aria, and a not-so-secret vendetta against Alison. Yep, Lucas is super suspicious, even if he's only mentioned in Season 7 of Pretty Little Liars. Let it be known that I'm pegging him for A.D. from now. It might sound crazy, but stick with me here: There are a lot of hints, even going back to early episodes of the series. Perhaps the biggest clue that Lucas is a serious A.D. suspect, actually, goes back to the Season 2 episode "The First Secret."

"The First Secret," of course, was the very first Halloween special in Pretty Little Liars. It didn't tell us who A was — which, at the time, was Mona — but it did raise some serious suspicions about Mona during the episode. Now that we know that Mona was, in fact, the villain Alison was so afraid of, it's hard not to notice that there are some serious parallels to how Mona behaves in the episode and how Lucas behaves. For example, we see Mona being bullied by Alison in the lunchroom during the episode:

Remember "If you ignore it, it will go away?" Alison was vicious to Mona, but she wasn't the only victim. We then see Lucas being bullied by Alison as well, when Alison coins the mean nickname Hermie:

After Alison leaves, Lucas looks over to Mona, and the two share a moment:

Later on at the big Halloween party, we see that Mona decides to attend — but she dresses up like Catwoman, and Alison doesn't recognize her in the suit.

Later on, it's revealed that Lucas also interacts with Alison while in costume — but that she never learns he's the one behind the baby doll mask.

Why is this important? Well, we know that Mona is later revealed to be A — and that, according to showrunner I. Marlene King's interview with TV Guide, Pretty Little Liars is "coming full-circle" in Season 7. Could this be a hint that someone who had the same trajectory as Mona — but ultimately wasn't revealed to be A — is actually behind the whole thing?

Maybe it's my suspicions of Lucas... or maybe PLL spelled out who Uber A was well before we knew they existed. Either way, whatever this parallel to Mona means, it definitely makes Lucas look shady.