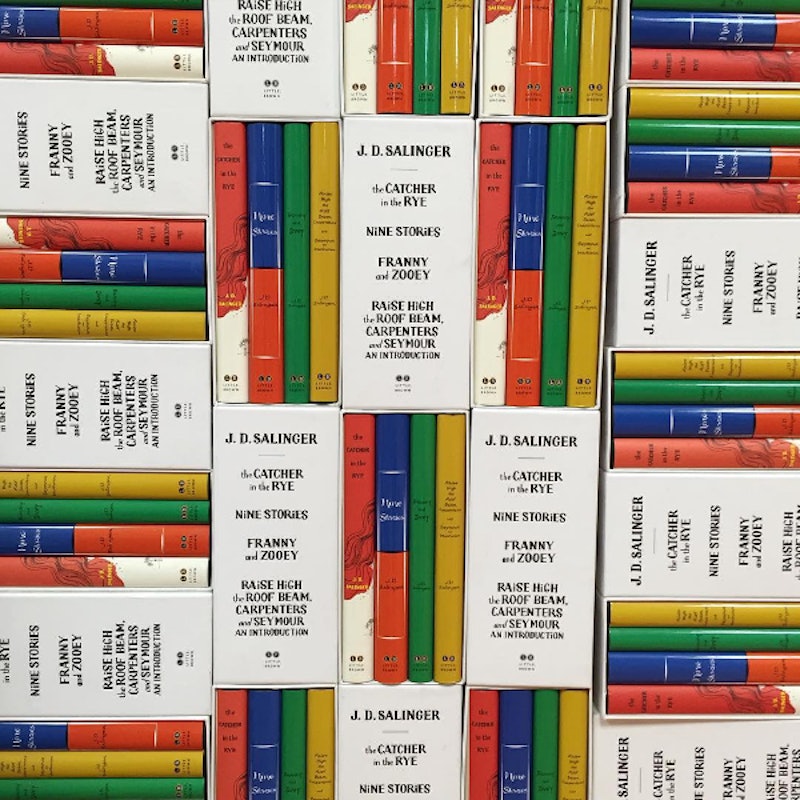 Banned Books Week might still be a few weeks away, but Washington, D.C.'s public library is getting a head start on the free-press festivities. D.C. is hosting a banned book scavenger hunt to raise awareness of censorship in general, and the targeting of diverse literature in particular.

D.C.'s banned book scavenger hunt kicked off on Tuesday, as local businesses began hiding specially-covered books in their stores. The district's public library system obtained hundreds of copies of The Catcher in the Rye, The Color Purple, Native Son, One Flew over the Cuckoo's Nest, A Separate Peace, and Slaughterhouse-Five, which it outfitted with bold, black-and-white covers that describe the offenses each title supposedly committed, such as "profane and sexually explicit" or "smut."

To help patrons locate the hidden volumes, the D.C. Public Library will share hints and tips on its social media pages, using the hashtag #UncensoredDC. The Washington Post reports that "[w]inners at least 21 years old have a chance to win free tickets to 'UNCENSORED: The Cocktail Party' as part of a fundraiser for the D.C. Public Library Foundation."

The D.C. Public Library's banned book scavenger hunt is intended to highlight how diverse books so often wind up on the American Library Association's lists of challenged and banned books. In 2015, nine of the Top 10 Challenged Books were diverse; only Fifty Shades of Grey was not. Office of Intellectual Freedom Director James LaRue writes:

While “diversity” is seldom given as a reason for a challenge, it may in fact be an underlying and unspoken factor: the work is about people and issues others would prefer not to consider. Often, content addresses concerns of groups who have suffered historic and ongoing discrimination.