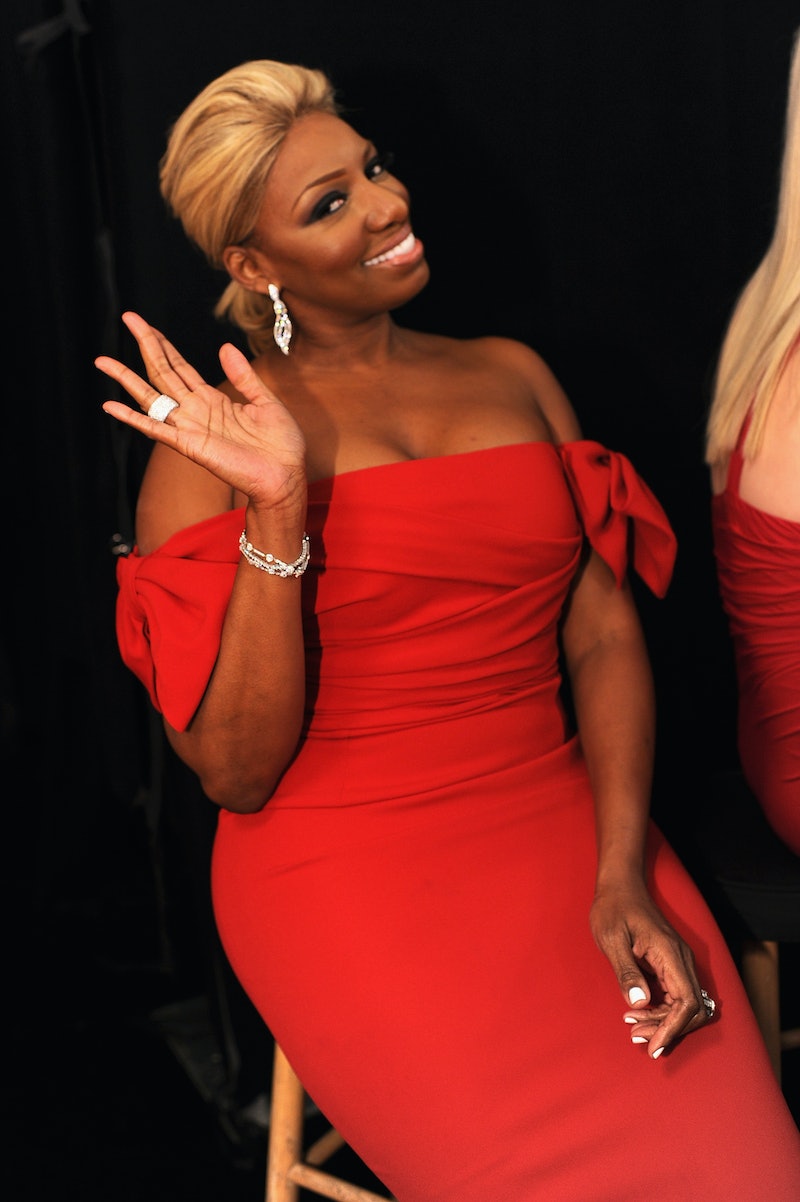 If you consider yourself a huge fan of NeNe Leakes, you better prepare yourself for this news. NeNe Leakes isn't returning to Real Housewives of Atlanta, the reality star announced to People Thursday. You might be thinking to yourself, "Yeah, right, she said she wouldn't return in Season 8, either, but she did." You're right, Leakes announced her first departure from the Bravo series before Season 8 began, and she ended up returning over halfway into the season, but unlike then, Season 9 will not feature Leakes in any capacity. After asked if she would appear once again on RHOA, she said, "No, not for Season 9." Then, she dropped a major bomb and said there's a chance Kim Zolciak is returning to the series. Say what now?

The last time RHOA fans saw Zolciak was in Season 5, but I'm sure they've been catching her on her other Bravo show, Don't Be Tardy , which returns for Season 5 on Sept. 14. Despite Zolciak announcing on Twitter Sept. 6, "No I will not be on RHOA this season was never asked to be so not sure where the rumors are coming from," Leakes believes otherwise. She dished to People,

It's unclear if she will actually make a triumphant return and in what capacity, but it sure seems like Zolciak's daughter Brielle Biermann wants her to. On Sept. 6, she tweeted a poll, "real housewives of Atlanta was the sh*t when my mom was on it..... should she go back on it??" Zolciak responded to her oldest daughter Thursday and said, "Awe."

If Zolciak does come back, it's going to be interesting to see how that all plays out. Even Leakes noted it would be different. "I think it's going to be really odd," she said. "Kim hadn't been around the show for a while. It's going to be odd having Kim back. But I think the fans want to see her though."

Zolciak's possible return isn't the only Season 9 spoiler dropped by Leakes. She also teased, "And then I heard they let Shereè [Whitfield] hold a peach now." Hmm... that sure sounds like Whitfield will once again be a full-time Housewife.

Bustle has reached out to Bravo regarding the rumors of Zolciak returning and of Whitfield becoming a full-time Housewife, but has not yet received a response.

Leave it to Leakes to give up some major scoop about RHOA and she's not even part of the upcoming season. If any of the above is true, Season 9 is surely going to have a unique vibe.