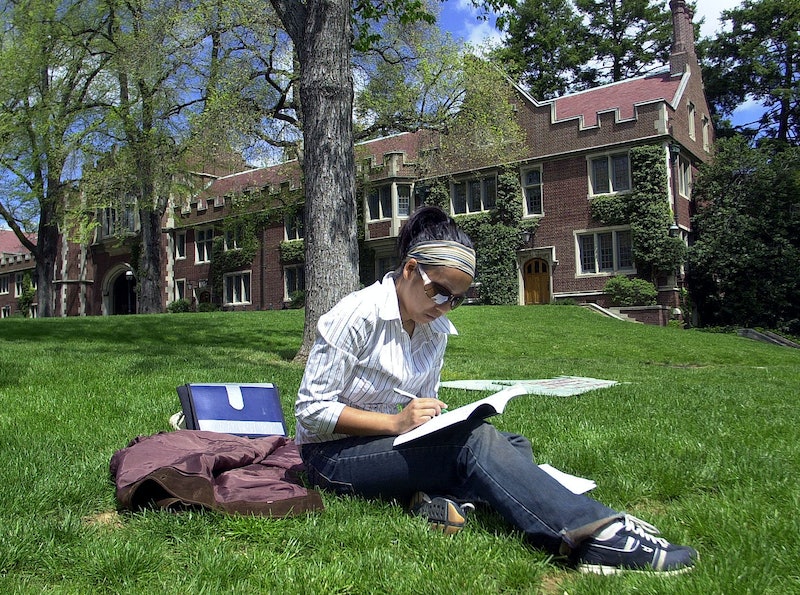 When you hear the words Princeton, New Jersey, you probably think of the prestigious Ivy League university that resides there. The school tends to attract lots of attention, and rightly so. But the town of Princeton is so much more than just its university. Though the Princeton undergrads are pretty darn smart, there are certain things that you only can only learn from being born and bred in this New Jersey town. If you're from Princeton, you know what I'm talking about. There are some things only we natives can truly understand.

You know that Hoagie Haven makes the best sandwiches in town

Best hoagies (and they are not called sandwiches) in the town. Possibly the state.

This sounds like some sort of weird sex term, but everyone from Princeton knows this is the train that takes you from Princeton Junction to the town of Princeton (right next to the campus).

You think of Albert Einstein as your Homeboy

In a town where being an intellectual is all the rage, it's pretty fitting that the world's most famous genius lived in Princeton from the early 1930s until his death in the mid-1950s.

One of the best local joints in town was started by a very unfortunately famous pair of brothers. Lyle and Erik Menendez attended Princeton Day School before both going on to Princeton University. The boys relocated to Beverly Hills and it was there that Lyle and Erik shot and murdered their parents in order to take control of their parents' massive wealth in 1989. But before he went to jail, Lyle bought the popular student hangout, Chuck's Spring Street Cafe, for $550,000. Chuck's remains a staple of Princeton.

You dread Princeton Reunions taking over the entire town every spring

Alums dressed in crazy orange and black outfits (we're talking pirates, ninjas, and blazers that would put Dr. Seuss to shame) walk around and then march in the P-rade (that's right, they have their own parade) and party for three days with live music. It is a sh*t show.

You know that John Nash really does walk around a lot

John Nash, the schizophrenic genius professor whom the 2001 Oscar winning film A Beautiful Mind centered on, can still be seen walking from campus to his home in black socks and shorts and talking to himself (and we hope writing equations on windows, as everyone at Ivy League schools does).

And that black squirrels are everywhere

We aren't sure if they shipped them in or what, but they seem to only exist in Princeton.

There's a Ralph Lauren, a J.Crew, a Lilly Pulitzer, a J.MclaughLin, a Talbots, a Brooks Brothers, and a Kate Spade store within five blocks of each other ... and no one thinks that's weird.

You know Small World has the best coffee

Yes, we've got a Starbucks, but Small World Coffee has the perfect combination of quirkiness and caffeine that can't be beat.

But if you need a coffee at 2 am, then the Wa is where you've gotta to go

And that's the Wa. Not the Wawa.

you went to private school, even though the public schools were good

Though the public schools are excellent in Princeton (graduates of Princeton High School include both the lead singers for Blues Traveler and the Spin Doctors and actress Bebe Neuwirth), there are a butt-load of private schools: Princeton Day School, The Hun School of Princeton, Chapin, Stuart Country Day School, The Lewis School, The American Boychoir School, Princeton Academy of the Sacred Heart...

and you know that Ethan Hawke went to high school here

He attended the Hun School of Princeton, and was all set to attend Carnegie Mellon except he landed a plumb role in a film called Dead Poet's Society.

And that Christopher Reeve did too

That's right. Superman is from Princeton.

If you didn't play Lacrosse in high school...

Then you probably weren't very cool.

One day a year, the university and the town come together. (Though I'm usually too busy going straight for the cotton candy to notice.)

And Most of all, you know this town is about much more than the Ivy that gets to call it home