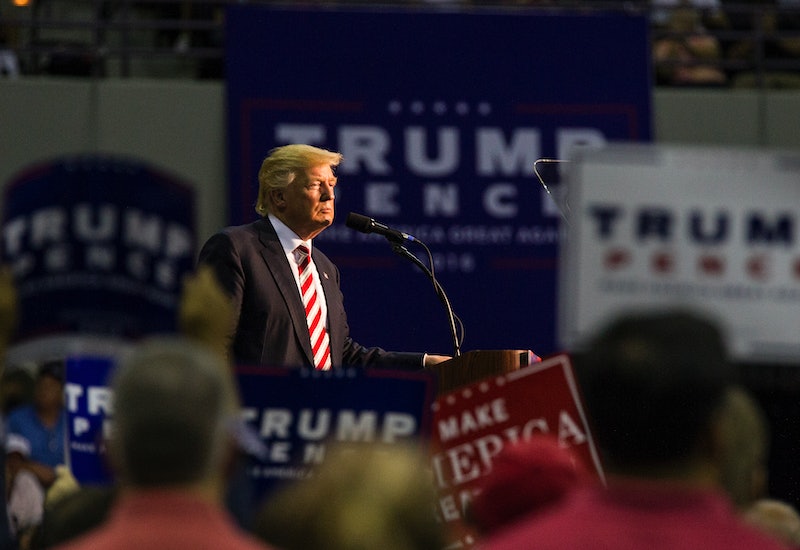 Thanks to Donald Trump's presidential campaign, the racist, anti-Semitic, white power group known as the "alt-right" has moved from being virtually unknown outside of the dark corners of the internet to holding mainstream press conferences down the street from the White House. Three prominent members of the alt-right movement brought their fondness for Trump and their vision of a white utopia into the national spotlight with a press conference in Washington on Sept. 9.

To say the message put forth by the alt-right movement was bizarre is an understatement. Peter Brimelow of VDare and American Renaissance founder Jared Taylor helped Richard Spencer of the National Policy Institute outline the alt-right movement's basic beliefs at Friday's presser in hopes of drumming up more support among professional people and organizations. While the three seemed to genuinely think themselves not racist, arguing they're not interested in declaring whites the superior race but in creating "a homeland for all (white) Europeans" and ditching the multicultural country America has become.

They also claimed whites were genetically predisposed to having a higher intelligence and moral aptitude than blacks. Although Spencer and Taylor reportedly disagreed at the press conference regarding whether Jews should be a part of their white homeland, the fact the question was even raised should be alarming enough.

"If the alt-right were in power, we would all have arrived here via magnetic levitation trains," Spencer said, according to Mother Jones, when describing how his white utopia would look. "We would have passed by great forests and beautiful images of blond women in a wheat field with their hands, running them through the wheat. It would be a wonderful sight."

Unsurprisingly, the alt-right movement is drawn to Trump's proposals to ban Muslims from entering the country, to deport immigrants living in the United States illegally, and to build a wall along the Mexican border. "This is what a leader looks like, this is what we want," Spencer said of Trump, according to Media Matters. "This is someone who can make the future."

Trump's campaign has previously said the real-estate mogul "has disavowed and will continue to disavow the support of any such groups associated with a message of hate." But while Trump may not be a white supremacist, his message certainly appears to poll well with them, a fact not lost on Trump's rival. Hillary Clinton has begun to make Trump's appeal among "the racist, sexist, homophobic, xenophobic, Islamaphobic" a pillar of her campaign against the GOP nominee.

At a fundraiser held on Sept. 9, Clinton called out her opponent's voter base. "You know, to just be grossly generalistic, you could put half of Trump's supporters into what I call the basket of deplorables," she said. "And he has lifted them up. He has given voice to their websites that used to only have 11,000 people — now have 11 million. He tweets and retweets their offensive, hateful, mean-spirited rhetoric." Clinton has since said she regrets making that claim of half of his supporters.

The comment wasn't without controversy. But here's the thing: With groups like the alt-right using the spotlight cast by Trump's provocative rhetoric and controversial immigration policy to gain a greater platform, Clinton's categorization of the GOP nominee's supporters doesn't seem to be that far from the truth.