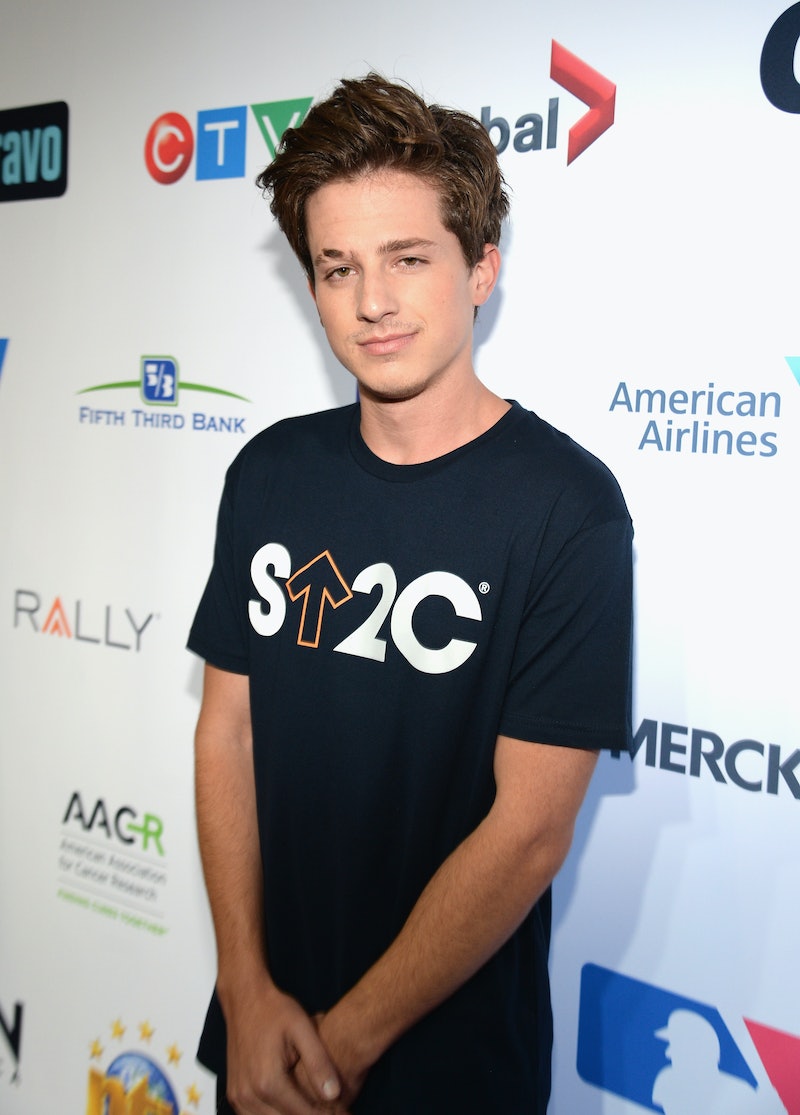 If it were up to 24-year-old artist Charlie Puth, his dream girl would be just one call away. But no one, not even an award-winning singer/songwriter, is that lucky. I caught up with Puth — who has me obsessing over his hit “We Don’t Talk Anymore” — in Los Angeles just minutes before his performance at 2016’s Stand Up To Cancer broadcast event. Even Puth, who’s performing on national TV, collaborating with huge artists left and right, and gearing up for the We Don’t Talk Tour in September, has time to reflect on his love life. Although he’s another bummed singleton among us, he’s still got his eye on the prize.

The singer is keeping himself busy, including his plans to “put out an album every year.” No biggie. But before he can get to yet another album release, he's got a tour to put on later this month (which he says will have surprise guests). He’s already got the aids for curing tour loneliness down pat. “I eat a lot of pizza, and I watch a lot of television. I watch Narcos, which is crazy,” he says. “I’m kind of like a homebody, so I make the bus as homey as possible.”

It seems pizza and bing-watching is the trick heard ‘round the world when it comes to the lack of a significant other.

The singer confirms that he’ll be traveling solo on the road — at least romance-wise. “No significant other in Charlie’s life. If you know a girl, please, bring her my way,” the singer says. “It’s starting to bum me out.” Not that Puth needs any help landing a girl, but if a friend asks for help, I’m there to listen. I ask Puth what he looks for in a significant other, so I can keep my eye out, of course. He has but one kickass trait he looks for.

And if any male would know a confident women when he sees one, it would be Puth. He has worked with industry bosses like Selena Gomez, Meghan Trainor, and Alicia Keys, after all. He admires Keys so much, in fact, he tells me that the songstress heavily influenced his album Nine Track Mind. “What’s cool about working with someone like her is that it’s like history for me,” says Puth. “The reason why I wanted to make an album was because of her songs, so it was really cool just to work with her.”

So, if anyone out there knowns a confident woman with any hair color and a knack for eyeing a good shirt, Mr. Puth would greatly appreciate your call.

More like this
Selena Gomez Is Fine Being Single, But She Still Manifested Romance On 'SNL'
By Martha Sorren, Jake Viswanath and Jack Irvin
Ralf Little’s Fiancée Has A *Very* Impressive Resumé
By Sam Ramsden
Why Sara Pascoe's Husband Is Familiar To Comedy Fans
By Alice Broster
Justin & Hailey Bieber's Bond Is "Unbreakable" Amid His Ramsay Hunt Diagnosis
By Bustle Editors
Get Even More From Bustle — Sign Up For The Newsletter