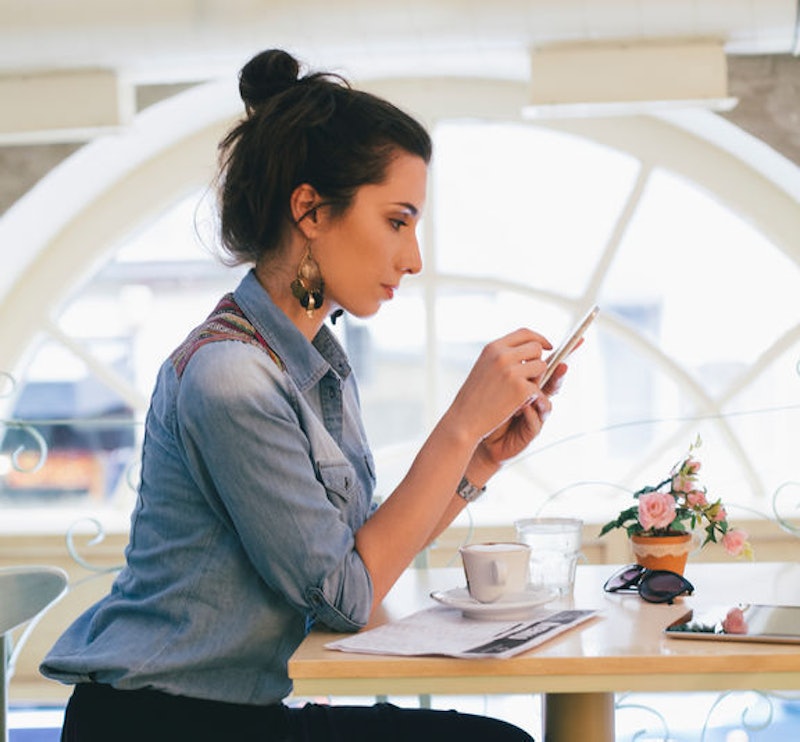 In today's edition of "news that gets you one step closer to your dream of living out the not-so-classic Disney Channel movie Smart House," Twitter launched an Alexa app that will read your timeline, mentions, and other account information out loud to you. It should go without saying, but the lazy possibilities are endless. Too hungover to grab your phone from across the room? Just muster up the energy to holler at Alexa to read your retweets. Need a distraction while putting away groceries? Alexa to the rescue. Deep in the prototype of your Iron Man cosplay? Pretend Alexa is J.A.R.V.I.S. and go to town.

For those who stick with the technological basics, Alexa is Amazon's equivalent of Siri, a voice assistant platform most people use through the Amazon Echo speaker. Twitter announced the addition of the Twitter Reader to Alexa's skills on Friday. According to Tech Crunch, the voice assistant can now read your Twitter timeline, mentions, retweets, and likes, as well as more general information about trends in different locations.

So how does it work? Once you've turned on the Twitter Reader and authenticated your account, all you have to do is learn some super basic commands and you're set. The app is launched by saying "Alexa, open Twitter." To see if you've been retweeted recently, just say "Alexa, ask Twitter for my retweets" — nothing terribly complicated. Lifehacker notes that you don't appear to be able to dictate tweets yet, but considering the potential for human-robot miscommunication, that might be a good thing.

Although some were dubious about Alexa's existence when Amazon Echo was released in early 2015, the addition of the Twitter Reader could be seen as an indication of its popularity. Unlike Siri or Google Now's assistant, Alexa is entirely screen-free, but it can play music, order online, read the weather, and as of last week, read your Twitter feed. The Amazon Echo turned out to be a surprise hit among consumers, with more than three million speakers sold by April of this year.

On the other hand, while Twitter is concise by nature, having your timeline read out loud by a robot sounds like it would take far more time than scrolling through your feed on your phone. Then again, I might be underestimating the power of laziness — who needs efficiency when you're curled up on the couch?