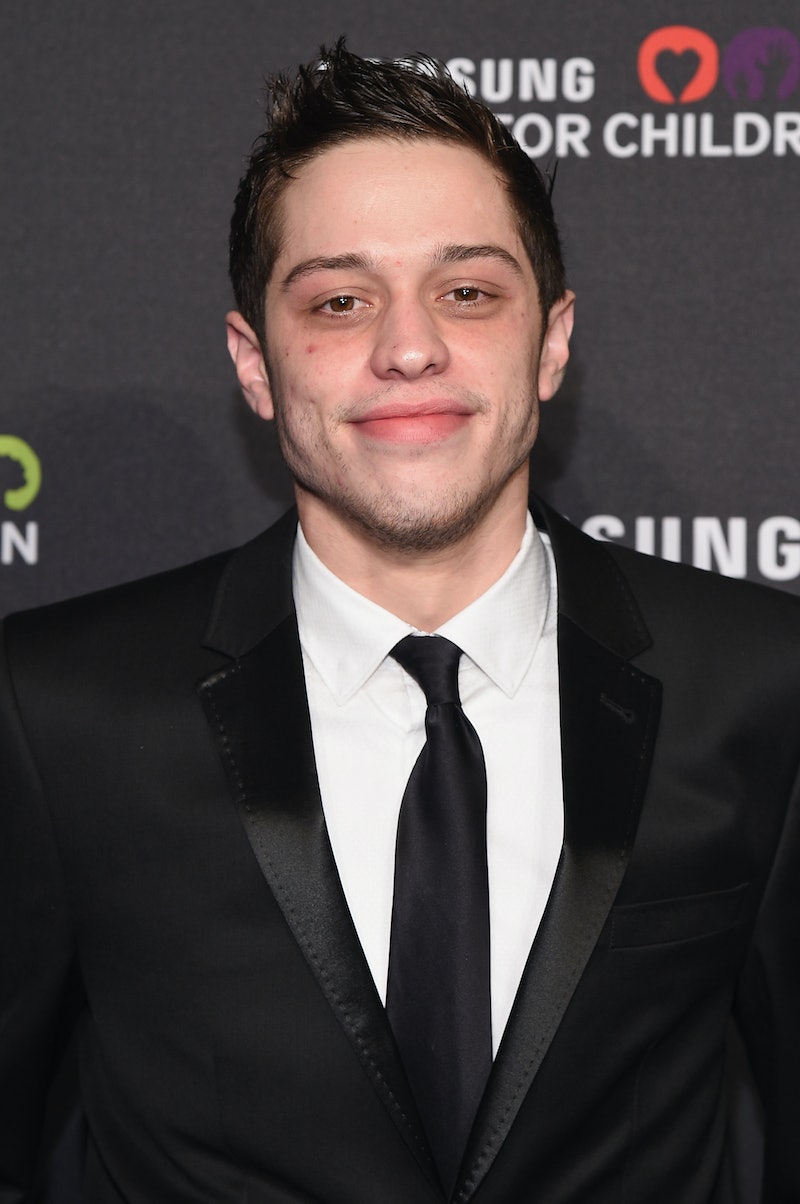 Even though he's known as a funny guy on Saturday Night Live, Pete Davidson took a turn for the sentimental on Sunday. On his Instagram page, Davidson posted two tributes to his father on the 15th anniversary of 9/11. Both posts are touching with a dash of humor — which isn't surprising, since the loss of the star's dad is often a subject in his comedy. Davidson's father Scott was a Brooklyn Heights firefighter, who died while on duty on Sept. 11, 2001. According to FireHero.org, being a firefighter was Scott's lifelong dream and he deemed it "the greatest job in America."

In one photo posted by Davidson, both father and (very young) son are holding Heinekens. Calling his dad a legend, the comedian wrote,

Can't believe tomorrow is going to be 15 years. Missing the legend !!! Thank u all for ur kind words and support as always #werememberthem

The 22-year-old also shared a second photo, where he refers to his dad as a "legend" yet again. But this time, he mocks his sneaker choice. One of his father's friends gave him a pair of his work boots and Davidson joked in the caption, "Apparently my dad wore sketchers how f*ckin embarrassing!" All jokes aside, that's definitely a sweet gift to remember his father by.

After losing his father, Davidson first started doing stand-up comedy to help cope with his grief, according to a 2015 New York Times profile. Prior to that, he acted out in school and switched high schools three times. His mom told the Times, "He had a tough time growing up without a dad — I wanted him to be happy, and this made him really, really happy." Clearly, it worked out and comedy became his forte.

Davidson also doesn't hesitate to work the subject of loss into his jokes. Davidson told NYT,

"I’m like, ‘Heyyyy, I just want to talk about this, that everybody’s uncomfortable about.’ I like doing that. I like making things that are dark, awkward, weird things that you don’t really find funny, funny."

While the subject may make some people wince, it's Davidson's way of coping and remembering his father. There's nothing wrong with that.

Although it's undeniably a sad day, tributes like Davidson's are worth sharing. As he said himself in the caption, it's important that #werememberthem — and by "them," I believe he means all of the heroes on that day.