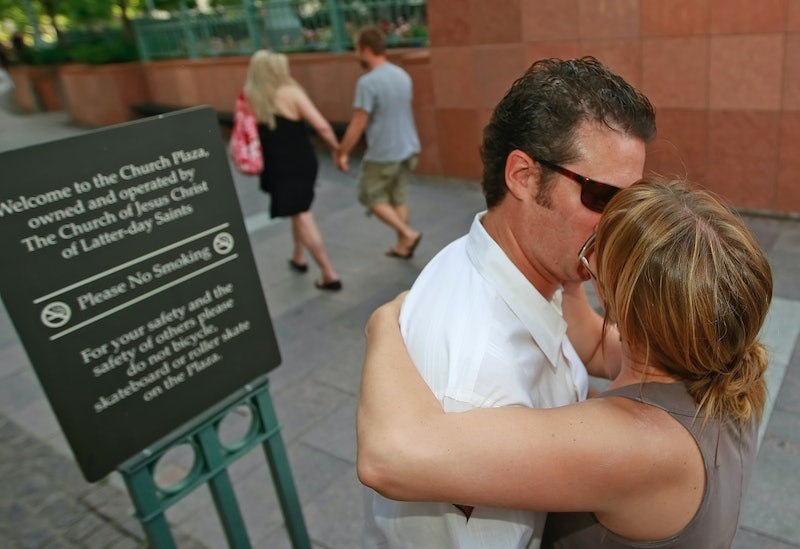 Thanks to the internet, the female orgasm is becoming less mysterious every day. The latest case of climax-related disclosure? As featured in the Huffington Post, there is now an infographic— as in, the web’s take on “__________ for Dummies” — detailing how likely it is that a woman will orgasm during a hookup.

I know, I know. We’re all well aware that women are less likely to climax during a casual hookup than when they are in a committed relationship, but as it turns out, there’s a lot more to it. Dr. Justin Lehmiller, a sex educator, blogger, and researcher at Harvard University, provided this nifty infographic to better educate us on the “orgasm gap” — or the idea that during a hookup, women are usually less likely to climax. By zooming in on a few specifics from a recent online study, Lehmiller manages to answer all of those follow-up “but whys?!” going through our heads.

Did you know that the chance of a woman orgasming increases by nearly 20 percent (from 32 percent to 51 percent) from the first hookup to the sixth? Or that certain factors like self stimulation and the prospect of actually dating this person can seriously raise those numbers as well? Lehmiller highlights specifics like these and more in the infographic to better demystify the female orgasm.

Sure, all of this might seem somewhat obvious, but when hard numbers, graphic design, and easy-to-digest charts are involved, it's even easier to understand. And if there's one thing we could understand more, it's the female orgasm!

Check out the full infographic here.