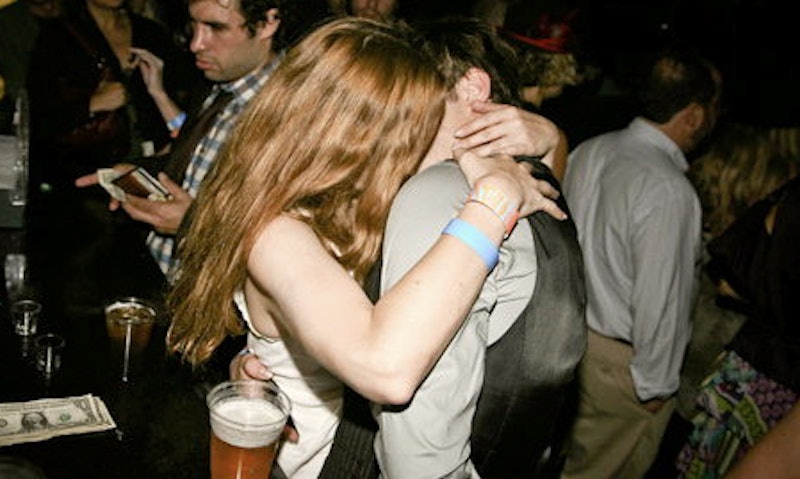 Ah, casual sex. A practice common for us loose millennial types, one that draws the ire of grumpy puritanical people who lament the loss of morals (#notsorry). Today the New York Times published an article bemoaning hook-up culture for a surprisingly non-eyeroll-worthy reason: women are much less likely to orgasm in casual sexual encounters than in committed relationships.

It makes a lot of sense; in casual hookups, partners are less likely to be tuned in to what the other wants, more likely to have performance anxiety, and honestly, probably more likely to have downed a few drinks beforehand. The New York Times piece relies on two studies to prove that “women were half as likely to reach sexual climax during casual hookups, compared to when they were in serious relationships.” At the Kinsey Institute at Indiana University, 600 college students were surveyed to find that women were twice as likely to climax from sexual intercourse in a committed relationship, and at NYU, 24,000 college students were studied to reveal “40 percent of women had an orgasm during their last hookup involving intercourse, while 80 percent of men did.”

At Salon, writer Katie McDonough was quick to point that this orgasm gap has little to do with actual commitment. She reminds readers that casual sex partners are less invested in each other’s pleasure and might find it awkward to tell a complete stranger their sexual preferences. She says, "The orgasm problem, then, is mostly about the attitudinal and mechanical things that can make some sex really bad sex.” Therefore, commitment won’t fix your orgasm deficit, but communication might.

The orgasm problem, then, is mostly about the attitudinal and mechanical things that can make some sex really bad sex.

More like this
18 Hinge Prompt Answers To Try If You’re Looking For Something Casual
By Lexi Inks
How Ovulation Affects Your Sense Of Smell, Libido, & More
By JR Thorpe and Lexi Inks
12 Active Date Ideas That'll Get You & Your Boo Outside
By Lexi Inks
TikTok's Voluntary Celibacy Trend Has Sparked A Movement
By Lexi Inks
Get Even More From Bustle — Sign Up For The Newsletter
From hair trends to relationship advice, our daily newsletter has everything you need to sound like a person who’s on TikTok, even if you aren’t.