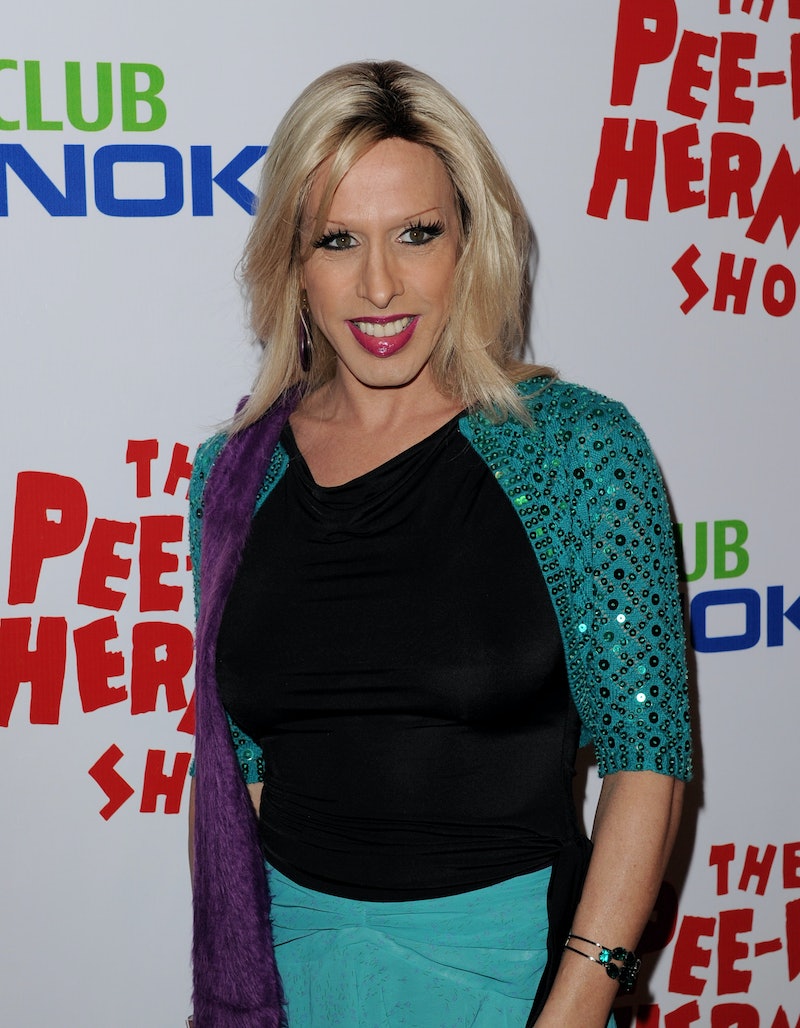 Over the weekend, sad news broke in Hollywood. Just after midnight on Sunday morning, Alexis Arquette died from an unspecified cause. Her siblings — Patricia, David, Rosanna, and Richmond Arquette — shared a powerful statement with People about their sister, who was more than just an actor. She also was a transgender activist and taught the family about the true meaning of love and acceptance. They referred to Arquette as "a vanguard in the fight for understanding and acceptance for all trans people."

"Alexis was born as Robert, our brother. We loved him the moment he arrived. But he came in as more than a sibling — he came as our great teacher. As Alexis transitioned into being a woman, she taught us tolerance and acceptance. As she moved through her process, she became our sister, teaching us what real love is.

We learned what real bravery is through watching her journey of living as a trans woman. We came to discover the one truth — that love is everything."

The full statement is available on People's site, and it is worth reading in its entirety. The siblings explained that while Arquette began her career as an actor — appearing in The Wedding Singer, Pulp Fiction, Of Mice And Men, and more — she refused to play stereotypical roles after transitioning. The family wrote, "Her career was cut short, not by her passing, but by her decision to live her truth and her life as a transgender woman."

It's clear from the Arquette family's words that the 47-year-old was an inspiration by being unapologetically herself. They noted that they were by her side during her death, and that part of the letter is especially touching as well. The siblings said,

"In the days leading to her death, she told us she was already visiting the other side, and that where she was going, there was only one gender. That on the other side, we are free from all of the things that separate us in this life, and that we are all one. She passed away surrounded by love. We held her and sang her David Bowie's 'Starman' as she punched through the veil to the other side. We washed her body in rose petals and surrounded her with flowers."

While they mentioned that they are heartbroken, the Arquettes consider themselves the "lucky ones" for knowing their sister. They also asked that instead of flowers or gifts, people donate to organizations that support the LGBTQ community in Alexis' honor.

Referencing the fact that they sung Bowie's "Starman," Patricia Arquette remembered her sister on Twitter by sharing a link to the song. Meanwhile, David Arquette posted a photo of the pair and called Arquette his hero.

Even David's ex-wife, Courteney Cox, also took to Twitter to mourn the star. The Friends actor considered herself lucky for knowing Alexis.

This is undeniably a heartbreaking loss for the famous family, other loved ones, and fans. Hopefully her spirit and activism will continue to live on through those who knew her — and even those who unfortunately didn't get the chance.