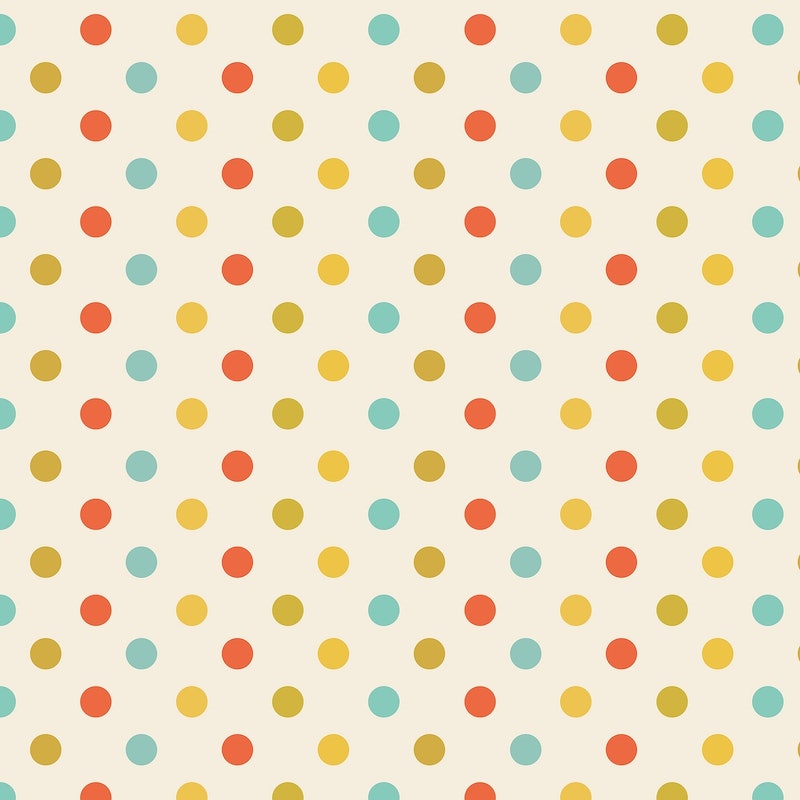 Optical illusions, especially viral ones, have a habit of ruining friendships, familial ties, and romantic relationships. But the latest one is different, because in attempting to understand how the "Disappearing Dots" illusion works, there has emerged a sense of unity. Instead of inspiring that special kind of vitriol that many optical illusions do — that which results from the rude reminder of the devision between our personal perceptions and reality — this one has drawn us all together. Is it sorcery? Maybe. But also, it's science.

Personally, optical illusions have never been my thing. I started wearing bifocals at the age of three, so any sort of "vision-reliant thing" usually just stresses me out. But being left out of any conversation stresses me out more, so I agreed to try the "Disappearing Dots" illusion, which appears to be an example of the phenomenon officially titled "Ninio's Extinction Illusion."

You guys. This is... truly something.

What it is, literally, is very simple: Just a white background, a grid of horizontal, vertical, and diagonal grey lines, and a total of 12 black dots placed at line intersections. Here's the thing: It's almost impossible to see all twelve dots at once. Though it varies from person to person, I can only see two dots at a time, and they jump around like awful human laser pointers.

As the Redditor who posted this image in r/Pics less than a day ago noted, this illusion is a variation on the Hermann grid, which generally involves geometric grids in black, white, and gray hues. At the intersections of these two-dimensional grids, circles will appear that aren't literally there as we scroll our eyes across. Jacques Ninio, he of "Ninio's Extinction," initially published a paper on these dizzying optical illusions in 1999 in the journal Perception. Which, obviously, raise the question: Why?!?!?!

Though no definitive answer has been proven as to what, exactly, causes these phantom circles, "visual crowding" has been suggested as the most viable explanation. "Visual crowding" is a perceptual phenomenon involving our peripheral vision abilities. Essentially, our brains set a fundamental limit on the number of items we can visualize in a cluster. To try to study and accurately count objects in our periphery is impossible.

The most widespread impediment to reading and object recognition in the periphery is the mysterious process known as crowding — the deleterious effect of clutter on peripheral object recognition. Objects that can be easily identified in isolation seem indistinct and jumbled in clutter.

And that's exactly what seems to be happening when I look at "Ninio's Extinction." I can identify two dots at a time, but only when they're next to one another. Apart from that, my visual perception quickly begins to deteriorate.