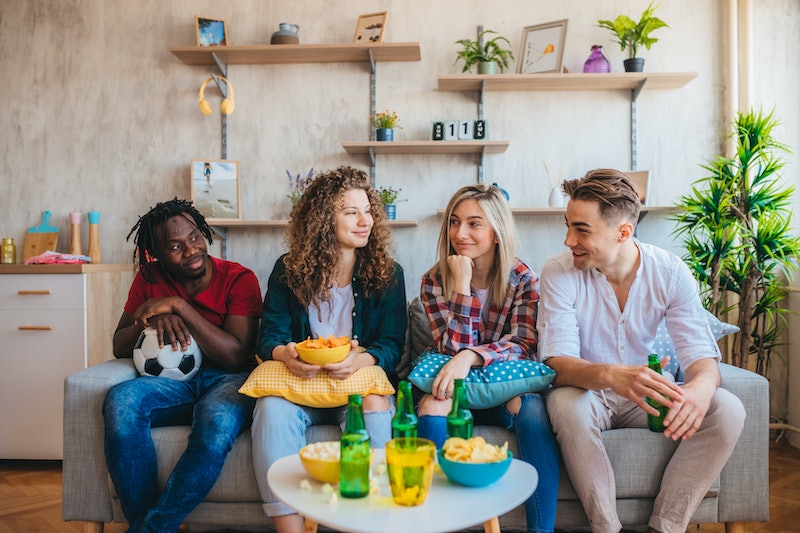 Fall means one thing for a lot of people — the return of football season, and, more specifically, Fantasy Football. For the uninitiated, each Fantasy sports participant acts as the general manager of an imaginary NFL franchise and drafts football players to a roster based on each player's relative usefulness at his position. But like with many things in the sports world, Fantasy Football can be a bit of a boy's club, which you would learn from one quick Google search of feminist Fantasy Football team names. The ideas currently provided for female-run Fantasy team names on the internet range from unnecessarily gendered to downright offensive, but I'm here to fix that right now.

Fantasy team names are like bar trivia team names with a sporty twist. Puns are good, overt trash talk is encouraged, and squeezing the names of top-notch NFL talent into your team name is standard procedure. Are you a New England Patriots superfan? Shoutout to your hometown team. Drafting a team exclusively from one elite college program? Incorporate the mascot into your Fantasy team name.

But, if you are a Fantasy nerd who wants to show off her feminist side right there in the team name, I've got the five best possible ideas ready to register. After all, who doesn't want to look at her office Fantasy pool and see a little bit of girl power at the top of the leaderboard? I know I do.

Here are some ideas for stamping your Fantasy team with an empowering feminist name that isn't just a Mad Libs mashup of body parts and the words pink and diva.

This one is perfect if you have a pirate-related hometown NFL team like the Tampa Bay Buccaneers or the Oakland Raiders. Anne Bonny is an infamous female pirate. She fought alongside male pirates before gender equity in the workplace was on anyone's radar, and she lived well into her 80s in the 18th century — about double the life expectancy of an average person at the time.

Detroit fans, this one's for you. Without female lions, the pride would not get to eat. Lionesses hunt for food for their young like modern human women go to the bathroom — as a team and without the men.

Todd Gurley is a running back for the Los Angeles Rams, and if you have the pleasure of drafting him to your fantasy team, this isn't a bad way to celebrate the points he will win you this year.

No beating around the bush on this one. Sometimes some no-nonsense trash talk is just what the doctor ordered.

Pittsburg Steelers Wide Receiver Antonio Brown was the consensus number one Fantasy pick for the 2016 season. Comparing him to two-time Super Bowl Queen Beyoncé is honestly a compliment to Brown, but it also makes for a great and unapologetically female Fantasy team name.