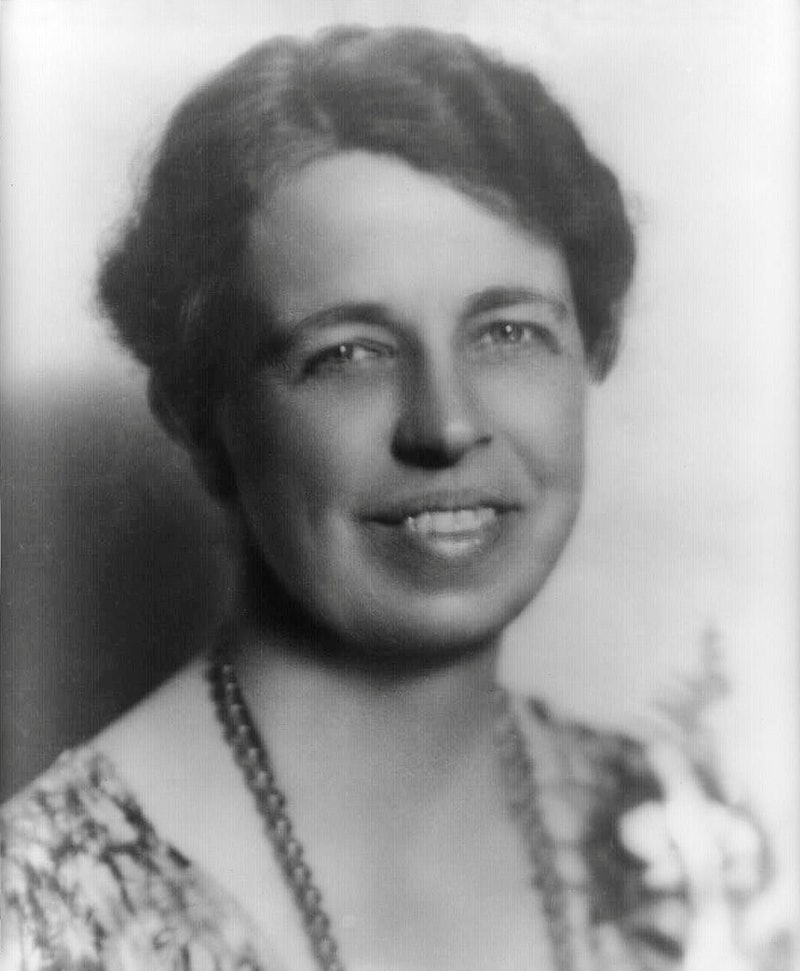 As a longtime fan of our longest-serving FLOTUS, I was pretty dang excited to learn that Eleanor Roosevelt's guide to life, It's Up to Women, will be published next spring. The book covers "every aspect of life" with what one can only assume is no-nonsense advice from the feminist First Lady.

Although she later became known for her social activism, Eleanor Roosevelt didn't become politically active until after she married her fifth cousin, Franklin Delano Roosevelt, in 1905. She began to do volunteer work with the Junior League of New York and other social organizations for upper-class women, but didn't try to hide her unenlightened beginnings:

I took it for granted that men were superior creatures and knew more about politics than women did, and while I realized that if my husband was a suffragist I probably must be, too, I cannot claim to have been a feminist in those early days.

After polio left FDR paralyzed in 1921, Eleanor took on a much more active role in the couple's political work. Though the two depended on each other, their marriage was forever damaged by an affair between FDR and Eleanor's social secretary. The future First Lady responded by becoming more active and independent, forming friendships — and even romantic relationships — with other liberal-minded women.

In the postwar period, the newly widowed Eleanor continued to be socially and politically active. In 1948, she received a standing ovation from her fellow delegates when the U.N. adopted its Universal Declaration of Human Rights. President Harry Truman had appointed Eleanor chairman of the overseeing commission.

This is all to say that, when it comes to advice, there are few women better to give it than the mid-century FLOTUS, who was always in active pursuit of understanding the social causes of her day. According to publisher's copy, It's Up to Women encourages activism with "a surprisingly timely call to action for women to step up and lead the country in a time of crisis."

Pick up Eleanor Roosevelt's guide to life, It's Up to Women, from your favorite retailer on Apr. 11, 2017.

More like this
Allie Rowbottom Will Have Her Feminism With A Side of Botox
By Samantha Leach
This Megachurch's Followers “Look Forward To” Their Leader’s Prison Release
By Brad Witter
Steve Banerjee's Wife Irene Sold The Chippendales Brand Prior To Her Death
By Brad Witter
Robert Downey Jr.’s New Film Is A Tender Story of Fatherhood & Forgiveness
By El Hunt
Get Even More From Bustle — Sign Up For The Newsletter