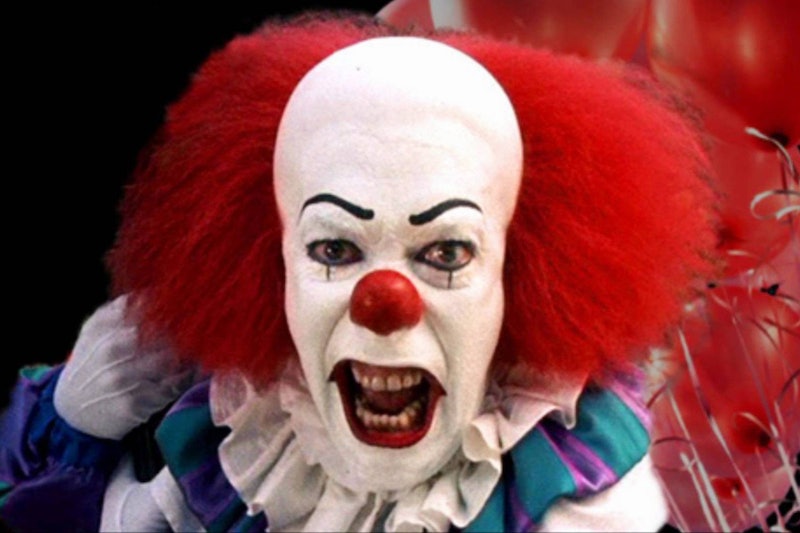 Movie monsters can jump out and scare you on screen, sure. But monsters from literature will worm their way into your brain, where they can slither around and fill you with sudden dread just as you're falling asleep (nothing is more frightening than your own imagination, after all). Now that we're nearing the month of Halloween (or "October," as some call it), it's time to revisit those fictional monsters that make your very real skin crawl. So here are some of the creepiest monsters in literature.

To be clear, this is not a list of the scariest monsters in literature. That list would just be Cthulhu, and we could all go home. This is a list of creepy monsters. The kind that might not necessarily be slobbering hell hounds, ready to tear you apart limb from limb. These are the monsters that make your neck hair prickle. The monsters who always seem to be lurking just out of sight in the back of the mirror (until the climax of the book, of course, when they usually turn into a slobbering hell hound style monster so they can eat the protagonist's friend).

In the words of the great Michael Scott, "Halloween should be a day where we honor monsters and not be mad at each other." So let's honor the following monsters:

Harry Potter didn't exactly invent creepy, cloaked figures—but Dementors have got to rank pretty high as far as creepy, cloaked figures go. It's creepy enough that Dementors can suck the happiness (or the soul) straight out of you, and that their breathing sounds like a death rattle. But on top of all of that they're employed by the government, the supposed good guys (for the first few books, at least). Get a clue, Cornelius Fudge.

Which came first, children's innate fear of clowns or Stephen King? We may never know. But suffice it to say that Pennywise, the titular "It" from the novel It, is pretty damn creepy. He's a monster of unknown shape and origin, but he usually takes the form of the "cheerful" dancing clown, Pennywise, to lure children in so he can kill them. Just like a real clown.

The vampire myth takes many forms. You've got your gibbering, rabid vampires, your sexy, leather enthusiast vampires, your sparkly vampires—but none of them can touch Dracula when it comes to suave, sophisticated creep factor. He's as slick as he is cruel. Not only does he drink people's blood, he manipulates them, seduces them, and forces them to obey him. There's nothing creepier than a monster who's dripping with charisma.

Truly, the White Walkers from A Song of Ice and Fire are the creepiest of all the snow zombies. They kill people, like any old zombie, sure. But they also go out of their way to do things like steal babies to (possibly?) turn them into snow zombies, too. Any kind of walking dead person is freaky, but a shambling corpse with an agenda in an icy wasteland is doubly freaky.

Are the Nazgul or Ring Wraiths from The Lord of the Rings just fancy Dementors? Sure. But they're still incredibly frightening. They're faceless (and soulless?) monsters who were once human men, which adds a whole new level of terror. Plus, they're not just vaguely out for human souls like the Dementors: they want Frodo, and they'll stop at nothing to reach him. And they ride those fancy hell dragons.

The Wendigo is a creature out of Algonquian folklore, but it's made its way into a numbers of books, short stories, and comics over the years. Most authors imagine the Wendigo to be an emaciated figure, like a half-rotted skeleton, smelling of decay, with an insatiable appetite. Descriptions differ, but one thing is certain: the Wendigo is lurking out there, hungry for human flesh.

7. The Woman in Black

There's nothing like a good old fashioned ghost from a Gothic novel to keep you up at night. Especially when that ghost makes you hear the screams of dead children from far out on the marshes. The Woman in Black (from The Woman in Black) is the vengeful ghost of a woman who was forcibly separated from her young son. And you do not want to get between a ghost and her kid, because she will haunt you until your horse runs into a tree, killing your only child.

There are many witches in fiction, but Roald Dahl's The Witches is surely the creepiest take on witchcraft ever to be marketed to children. Dahl's witches wear wigs to hide their bald heads, and gloves to disguise their claws, and they all have large nostrils, blue spit, and no toes. If that's not creepy enough, they're living all around us, quietly plotting different ways to murder children (or to turn them into mice so their parents will exterminate them).

She looks just like your mother, except she has a pair of shiny, black buttons for eyes. And if you ever see her, you'd better run for your life. The Other Mother (or the "Beldam") from Neil Gaiman's Coraline is one supremely creepy lady. She starts off perfectly sweet—just like Coraline's mother, but better! As the book goes on, though, she slowly transforms into the being of pure evil that she truly is.