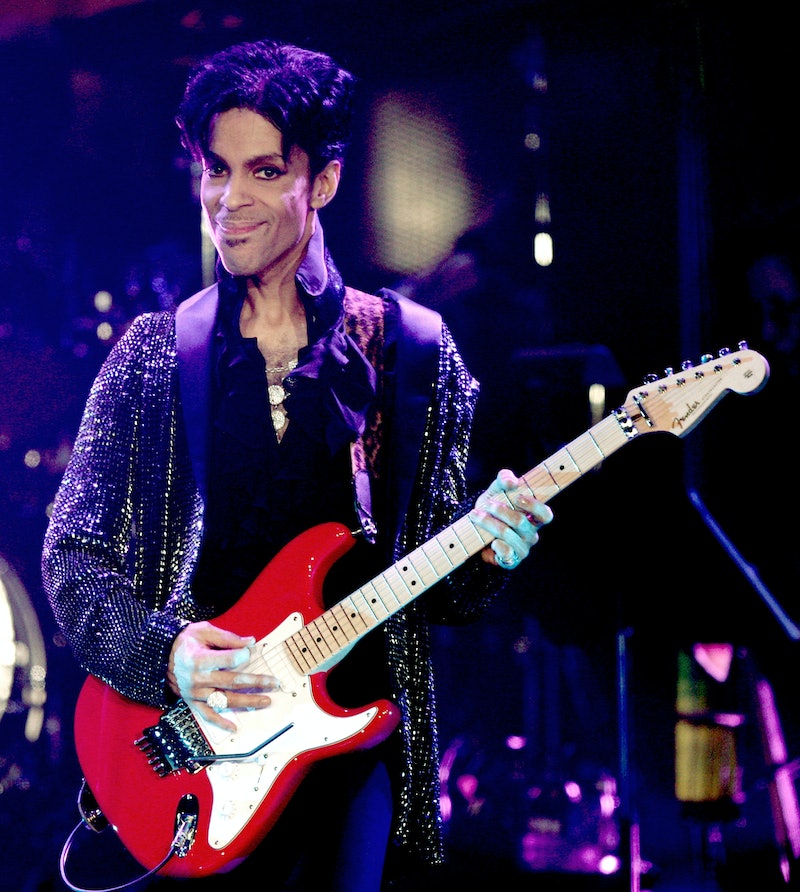 Hachette announced Tuesday that Prince's first wife, Mayte Garcia, will write a memoir about their life together, titled The Most Beautiful. The publisher plans to release Mayte Garcia's book around the one-year anniversary of Prince's death, in April 2017.

Prince and Mayte Garcia met in 1990, when she was only 16 years old, though she tells Latina that the musician "was very respectful," and that they did not become involved until she turned 18. Prince produced Garcia's album, Child of the Sun, in 1995, and the couple married on Valentine's Day 1996. Their son, Boy Gregory Nelson, was born in October of that year, but died one week later from Pfeiffer Syndrome. Garcia became pregnant a second time, only to miscarry. Regarding the loss, Garcia says: "I believe a child dying between a couple either makes you stronger or it doesn’t ... I think it probably broke us." Prince and Garcia divorced in 2000.

One month before his death in 2016, Prince announced that he was working on his own memoir, The Beautiful Ones. Spiegel & Grau had acquired rights to the book, which was slated for a Fall 2017 release. Prince's memoir was intended to cover the musician's life, work, and influences. He told a New York City crowd, "We're starting from the beginning from my first memory and hopefully we can go all the way up to the Super Bowl." Given that the beloved artist had completed 50 pages or so before his death, it's unlikely we'll ever read a full memoir from The Purple One.

Prince and Garcia may have divorced more than 15 years before his death, but Hachette is confident that his first wife's memoir will paint an intimate, loving portrait of the rock god. The publisher's statement reads:

We’re incredibly fortunate to have Mayte share her deeply personal story about the mind and life of someone we think of as an icon–but whom she knew as a friend, collaborator, and the love of her life.

Pick up Mayte Garcia's Prince memoir, The Most Beautiful, from your favorite retailer in April 2017.

More like this
Allie Rowbottom Will Have Her Feminism With A Side of Botox
By Samantha Leach
Keke Palmer Paid Tribute To "Other Half" Darius Daulton After Announcing Pregnancy
By Jake Viswanath
Robert Downey Jr.’s New Film Is A Tender Story of Fatherhood & Forgiveness
By El Hunt
How To Stream 'She Said' In The UK
By Maxine Harrison
Get Even More From Bustle — Sign Up For The Newsletter