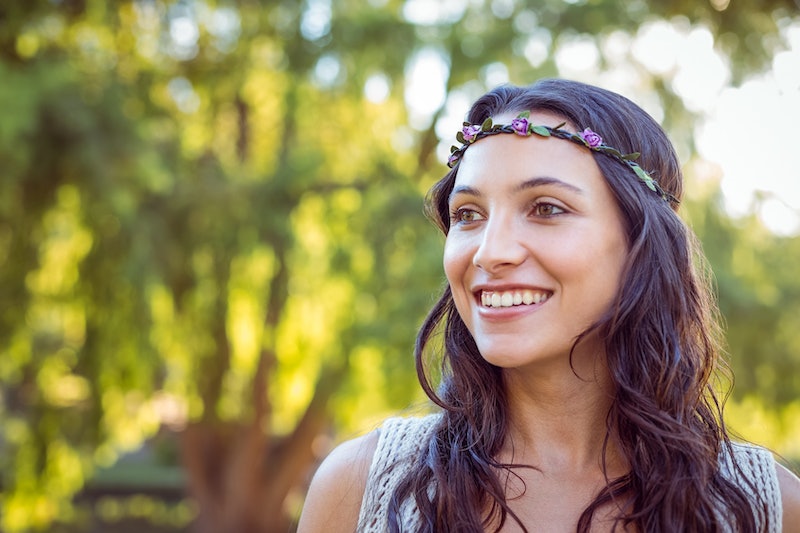 I was always really happy being single. Well, almost always. No matter how secure you are in yourself, with so much societal pressure to be coupled up, even the strongest people can be stressed about being on their own. And that's without taking into consideration the family pressure and, unfortunately, sometimes even the friend pressure as well. If you're getting all of that pressure on a day where you also try to change an annoying fitted sheet and move a three billion pound couch on your own, you can start to question your choices — but don't.

Being single can be amazing, and if you just want to be single forever, that's a totally great option that people should never make you feel badly about. If you're someone who wants to be in a relationship, then being single for a bit can still be important — in fact, some say it's a prerequisite. Because if you don't know how to survive on your own, you're going to get into a relationship for all the wrong reasons.

But with all the pressure to couple up, it's easy to lose your nerve occasionally. So here are 11 quotes that will change your perspective of being single. Because whether you want to be single just right now or for the rest of your life, it's one of the best ways to find out what really makes you happy:

1. "How wrong it is for a woman to expect the man to build the world she wants, rather than to create it herself." - Anais Nin

2.“I think it's very healthy to spend time alone. You need to know how to be alone and not defined by another person." — Oscar Wilde

4. "Marriage is the only adventure open to the cowardly." — Voltaire

5. On the day when it will be possible for woman to love not in her weakness but in her strength, not to escape herself but to find herself, not to abase herself but to assert herself — on that day love will become for her, as for man, a source of life and not of mortal danger.”— Simone de Beauvoir

6. “The most courageous act is still to think for yourself. Aloud.” ― Coco Chanel

7. “You think because he doesn't love you that you are worthless. You think that because he doesn't want you anymore that he is right — that his judgement and opinion of you are correct. If he throws you out, then you are garbage. You think he belongs to you because you want to belong to him. Don't. It's a bad word, 'belong.' Especially when you put it with somebody you love. Love shouldn't be like that."- Toni Morrison

10. “Love is like quicksilver in the hand. Leave the fingers open and it stays. Clutch it and it darts away.” - Dorothy Parker

11. “I do not wish them [women] to have power over men; but over themselves.” - Mary Wollstonecraft