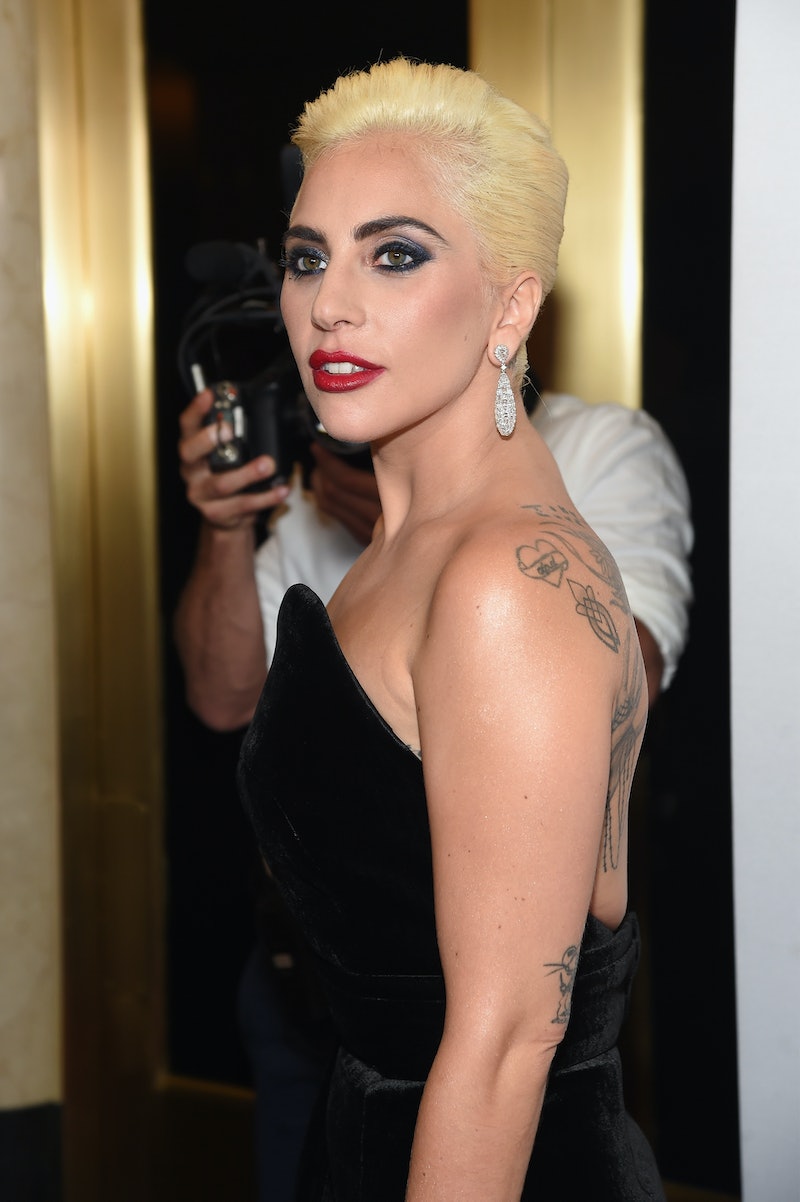 It's been a long time coming. Lady Gaga finally revealed the name of her upcoming album to be Joanne, as well as its release date. And, even better, it's not too far off: The album, which was announced Thursday morning on Apple Radio's Beats 1 and is said to feature everything from collaborations to a deeper look at Gaga's life, will be available to fans on Oct. 21. However, it's title itself that's got me asking questions. Although Joanne is Lady Gaga's real middle name (her full name is Stefani Joanne Angelina Germanotta), it's also the name of another person extremely close to her. So, if not Lady Gaga herself, who is Joanne?

Turns out, according to Entertainment Tonight, Joanne was Lady Gaga's aunt on her father's side. With a name like that, it's clear the album will likely be deeply personal to the singer — which is something she iterated when announcing it to host Zane Lowe on Beats 1.

“When Mark [Ronson] and I wrote it, the decision to name the album; that was in tribute to my father’s sister who died when she was 19. He was younger than her. She was very sick with lupus. The death of her in his family and life left a scar that never healed... As I returned to my home life and spending time with my friends and family and getting out of the mainstream limelight for a minute, the experiences of our family and our challenges that make us who we are. It’s everything about Joanne, which also happens to be my middle name (I was named after her) it’s all the toughness of the pain of losing her that made us all strong and made us who we are. She is the woman of my past who is becoming and helping me bring more of my honest woman self into the future.”

This is all touching, but wait — it goes deeper than that. As Gaga herself also mentioned, there's a whole other message embedded within the album's title that's layered within the dedication to her late aunt. Considering Joanne is also Gaga's real middle name, it could depict that the album will let fans in on who she is as a person rather than who she is as the performer Lady Gaga. And, in that sense, the dedication alone is Lady Gaga's way of sharing such a vital piece of her home life and her heart.

More like this
How Lady Gaga & Adele Are Closer To The EGOT All Of A Sudden
By Jake Viswanath
Lady Gaga Will Star In 'Joker: Folie À Deux' With Joaquin Phoenix
By Jake Viswanath
Now That 'Renaissance' Is Here, Let’s Revisit Beyoncé’s First Solo Album From 2003
By Grace Wehniainen
Everything To Know About The Musical 'Joker' Sequel – & Lady Gaga’s Role
By El Hunt and Sam Ramsden
Get Even More From Bustle — Sign Up For The Newsletter