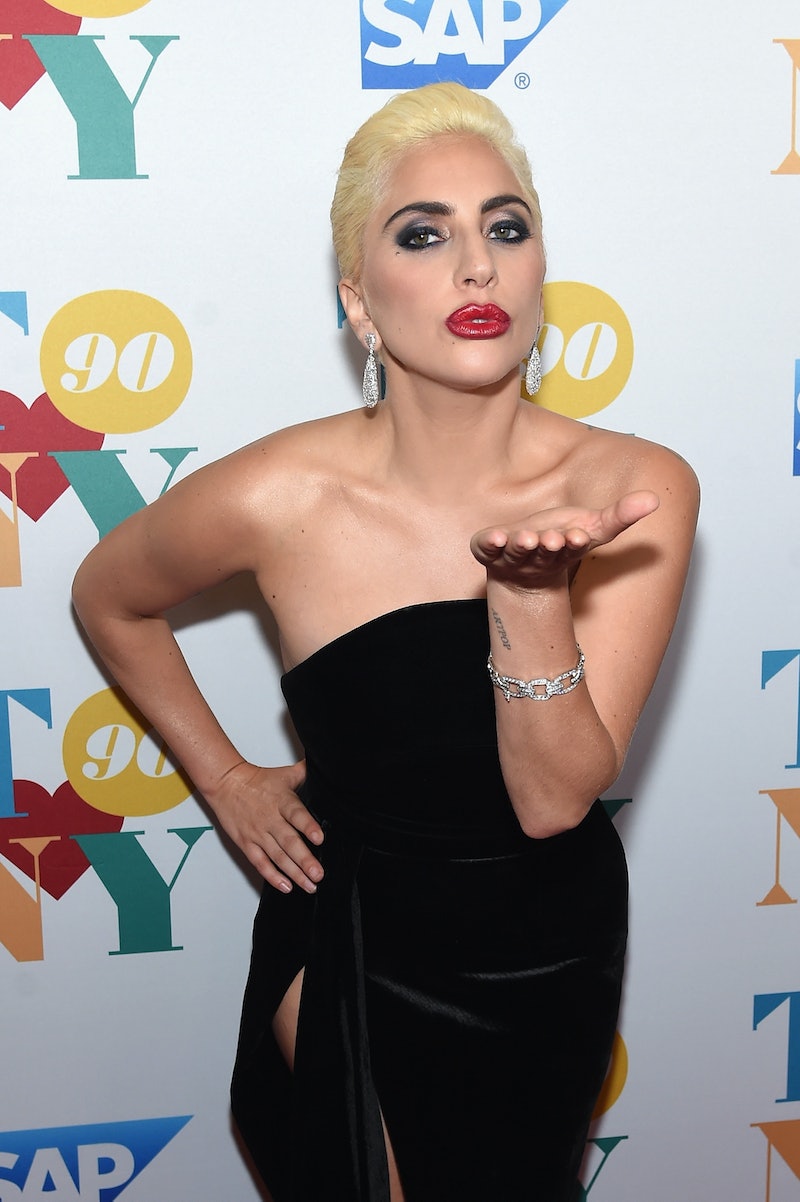 It's not just a perfect illusion: Lady Gaga is releasing a new album, and soon. During an appearance on Apple Radio's Beats 1, the singer-songwriter announced that her fifth studio album is “actually going to be done in the next 48 hours" — exciting, exciting news — and will be released as soon as Oct. 21. Even better, there could be more to get excited about than just new music: The title of the new album, which Gaga herself revealed to be Joanne, is also important. Considering Joanne is the name of Gaga's late aunt, as well as Gaga's own middle name — Stefani Joanne Angelina Germanotta — this album could be her most personal yet.

"There’s definitely a bittersweetness to [finishing the album]. This isn’t the end just the end of this moment. It’s also the beginning of this moment," Gaga shared on Beats 1, with host Zane Lowe. "She [Gaga's Aunt Joanne] is the woman of my past who is becoming and helping me bring more of my honest woman self into the future.”

In fact, in addition to referencing her aunt, Joanne may also be an ode to the young artist herself. Considering Joanne is Gaga's real middle name, is it possible that the Little Monsters could finally be meeting Stefani, as opposed to Gaga? As Gaga's new manager Bobby Campbell, shared with Billboard :

“You’ve seen the articles. She was ‘eccentric,’ ‘too artsy.’ People were judging her unfairly, so I wanted to press the reset button and remind them that whatever their perceptions, she’s an incredibly talented musician, performer and songwriter... I think it’s clear that new music will be on the horizon. How soon? We don’t know. But next year, I think we’ll show a new chapter of her as an artist and as a musician.”

Though it won't be 100 percent clear until the album is released, when listening to Lady Gaga's new single, "Perfect Illusion," (which will be featured on Joanne), this is readily apparent: While the beat may seem like familiar, upbeat Gaga, the lyrics that dive deeper — and may be referencing the slowly crumbling wall separating artist Gaga from real person Stefani.