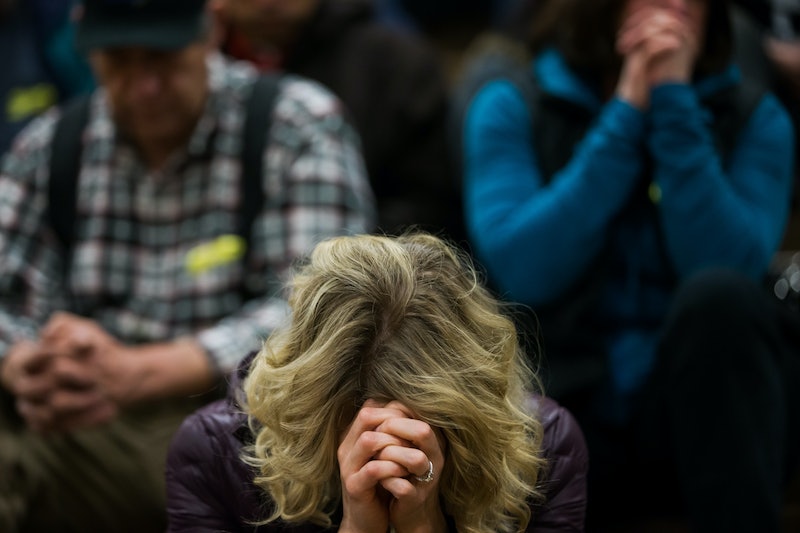 It's no secret that stress changes our behavior. You may cope by biting your nails, spending an obscene amount of money on spring clothes, snapping at your significant other. We've all been there. But, according to a new study by Sissa Medialab, women tend to be more positive when stressed, whereas men are just plain nasty.

The study said that when men are faced with stress, they tend to become more antisocial and remove themselves from relating to other people and their emotions. However, women tend to become more "prosocial," realizing that stress can diminish personal relationships with those they care about the most.

The researchers stress-tested an even amount of male and female subjects in conditions of moderate stress, like public speaking or doing mental math tasks. The study says "the participants then had to imitate certain movements, recognize their own or other people's emotions, or make a judgement taking on another person's perspective." Giorgia Silani, from the International School for Advanced Studies (SISSA) of Trieste, said the results were that stress worsens performance in men in all three types of tasks, where the opposite was true for women.

The explanation for these findings? Silani said that we can look for reasoning on both a psychosocial and physiological level. Women may have internalized the experiences, but they apply social strategies in order to become less stressed, unlike men.

Physiologically, the gender difference might be accounted for by the oxytocin system. "Oxytocin is a hormone connected with social behaviors and a previous study found that in conditions of stress women had higher physiological levels of oxytocin than men," Silani said.

The lesson here: When a male in your life is stressed, try to talk it out. And don't be offended if he bites your head off. It may just be the lack of hormones.