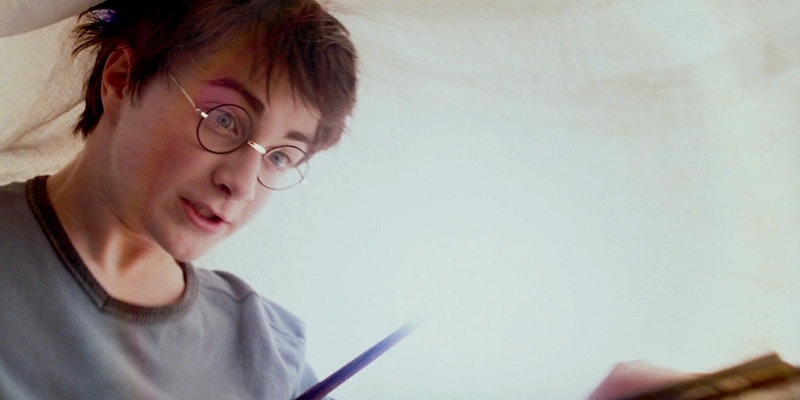 Despite criticism from fans regarding J.K. Rowling's re-use of Pottermore materials for "new" books, four Harry Potter books are Top-10 bestsellers this week on USA TODAY's list. Harry Potter and the Cursed Child dropped four places from its No. 1 standing last week, but Rowling's three new Hogwarts books debuted in the Top 10. They are: Short Stories from Hogwarts of Heroism, Hardship and Dangerous Hobbies (No. 6); Hogwarts: An Incomplete and Unreliable Guide (No. 7); and Short Stories from Hogwarts of Power, Politics and Pesky Poltergeists (No. 8).

Rowling faced criticism earlier this month, when Potterheads discovered that the new Hogwarts books, which are part of the Pottermore Presents series, contained very little content that was not already available on Pottermore. To Rowling's credit, the three new titles cost a mere $2.99 each.

USA TODAY reports that it did not take sales of Rowling's digital shorts on Pottermore into account, "and Pottermore declined to provide sales figures." Instead, the books' rankings come from their sales on Amazon, Barnes & Noble, Apple, and Kobo.

Rowling may have set a record for the most bestseller rankings held simultaneously, but it would be difficult to prove. USA TODAY has published its Best-Selling Books List for more than 80 years, which means there are more than 4,000 weekly lists to peruse.

What I can tell you is that Rowling is not the first author to have a large number of books appear simultaneously on a bestseller list. According to his website, Chicken Soup for the Soul originator "Jack Canfield holds the Guinness Book World Record for having seven books simultaneously on the New York Times Bestseller List [sic]." Meanwhile, James Patterson "holds the Guinness World Record for the most #1 New York Times bestsellers [sic]."

Rowling herself is no stranger to world records. In the 2007-2008 fiscal year, she earned roughly $300 million, the highest ever for a children's author. Additionally, Harry Potter and the Deathly Hallows holds the Guinness World Record as the "fastest-selling book in history." The final Harry Potter title sold 8.3 million copies in the first 24 hours after its release.