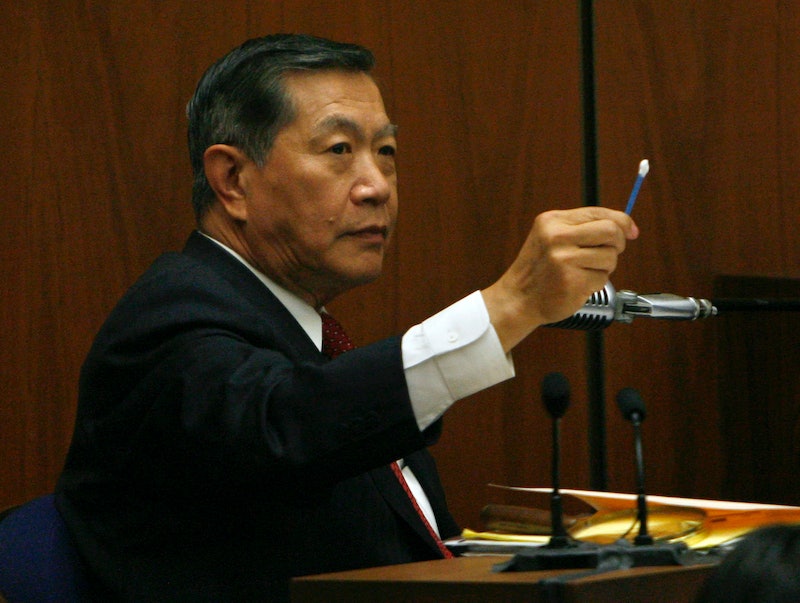 JonBenét Ramsey Fever has hit, again. Twenty years after the 6-year-old beauty pageant winner was found dead in her parent's basement in Boulder, Colorado, a slew of TV documentaries, a Lifetime movie, and new interviews with her brother have renewed public interest with this unsolved murder. Now, many of the case's key players have been thrown back into the media spotlight, including Connecticut criminalist Dr. Henry Lee.

John Bennet Ramsey found his pageant queen daughter strangled to death on Dec. 26, 1996, just hours after his wife Patsy had reported the girl missing upon finding a ransom note demanding $118,000. Investigators concluded Ramsey's cause of death was asphyxiation by strangulation but were never able to pinpoint who was behind her murder. The case remains open to this day.

With the investigation into Ramsey's tragic death spanning nearly 20 years, there are naturally more than a few major players anyone interested in brushing up on the case should familiarize themselves with. One of the original investigators brought on to the Ramsey case was Lee, who was recently asked by CBS to take another look at the mystery of Ramsey's murder for their documentary The Case O f: JonBenét Ramsey , which airs Sept. 18 and 19.

Lee served as a forensic expert alongside DNA expert Barry Scheck on an Expert Prosecution Task Force formed by then-District Attorney Alex Hunter. He has referred to the case as "one of the most puzzling cases among the high-profile cases," in an interview with the Hartford Courant. However, Lee admitted the task force he was a part of faced numerous challenges right from the start due to how the case, the crime scene, and evidence was initially handled. "I was called into the case two and a half months later. By that time, it was a little bit too late," he told the Courant. "Basically, we lost the initial 24 hours — the most crucial time during the investigation."

Ramsey's murder is not the only high-profile investigation Lee has been involved in. A few years prior to the 6-year-old's murder, Lee worked on the O.J. Simpson case. He also testified in the trial of Scott Peterson.

Born in China and raised in Taiwan, Lee reportedly immigrated to the United States in 1965 where he earned multiple degrees in forensic science and biochemistry. Along with assisting police in more than 8,000 cases Lee served as the state of Connecticut's chief emeritus for Scientific Services and founded the Henry C. Lee Institute of Forensic Science at the University of New Haven. He is considered one of the top forensic scientists in the world.