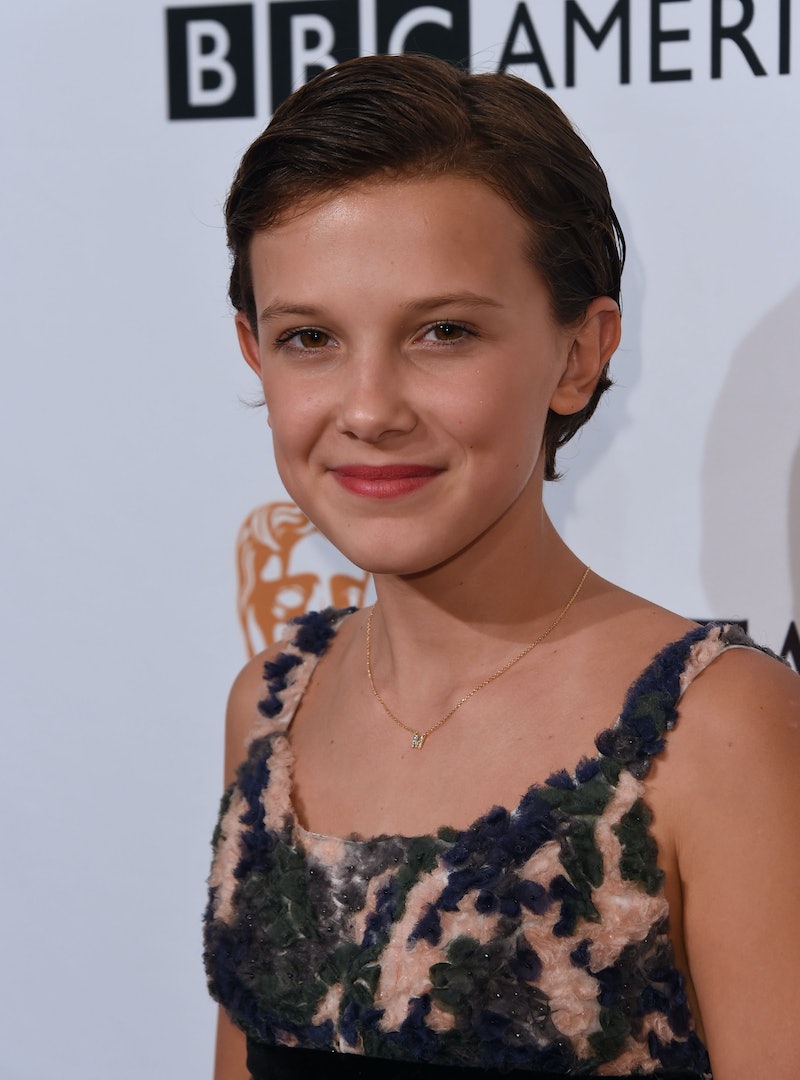 It's summer's hottest new show, and Stranger Things ' leading lady Millie Bobby Brown has become an overnight sensation thanks to the Netflix hit. On the '80s inspired series the preteen plays a quiet and mysterious girl with a shaven head. She eventually befriends a group of boys and helps them search for their missing friend. And while she uses an American accent on the show, the actor uses a much different accent in her interviews and red carpet appearances, which begs the question: Where is Eleven really from? According to her IMDB bio, the actor is actually British and was born in Spain.

So while the show pays homage to some of the most famous American films of the '80s — E.T., The Goonies, and other Spielberg staples — Brown herself is not native to America. Yet according to her bio, she did move to Orlando, FL in 2013. Apparently, Brown took an acting class to pass the time, and when a scout told her parents she had "instincts you can not teach," the family packed up and moved to Hollywood. Considering the preteen is only 12 now, this all must have happened very quickly.

As it turns out, Brown's heritage surprised more than a few viewers:

Unsurprisingly, the supernatural Stranger Things has been greenlit for a Season 2, so fingers crossed we'll be seeing more of Eleven — maybe with a little more hair this time.