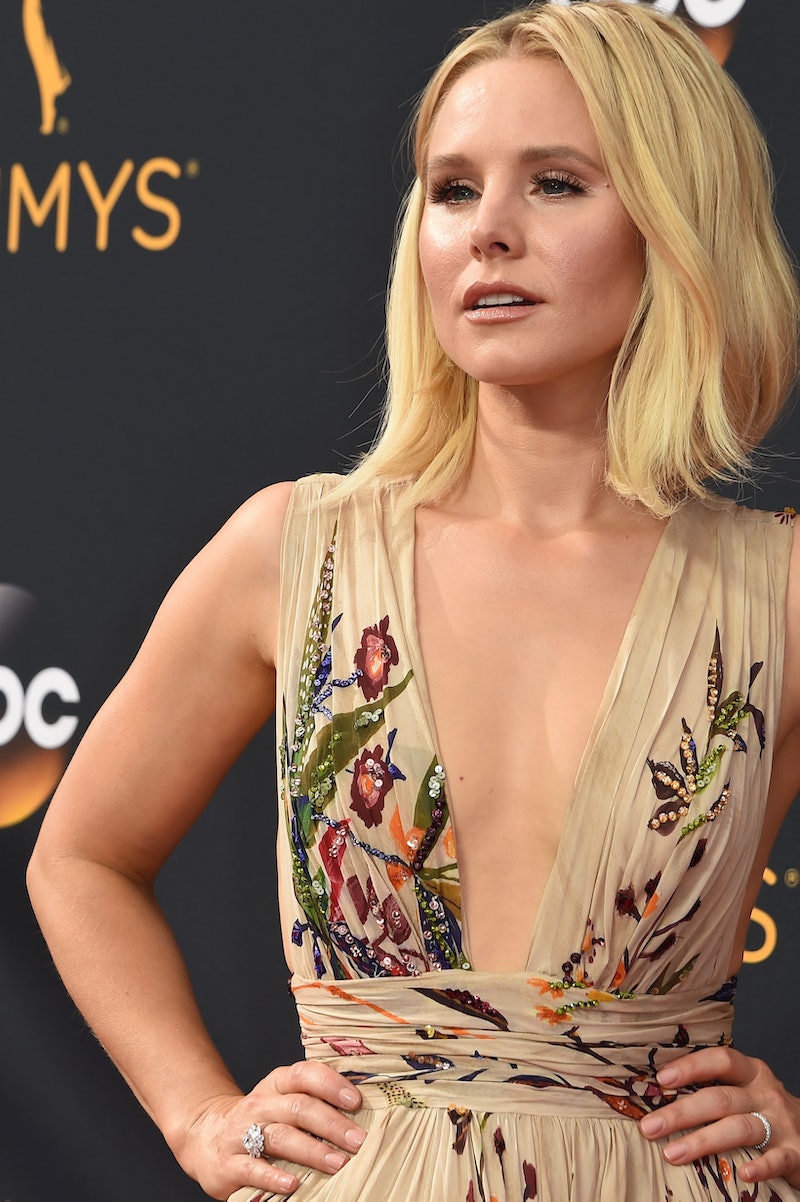 Hawt! Kristen Bell wore a Zuhair Murad dress to the 2016 Emmys and it was a bit of a departure for the actor and mother of two. The champagne colored gown had a flower print placed throughout and a deep V bodice. Bell was no doubt assisted by double-stick tape. The gown had a full skirt, which Bell actually had to carry up the steps when stopping by for red carpet chat with Giuliana Rancic. Bell revealed that the dress was "comfortable," which one might not have assumed, given the fact that the frock was pretty epic and appeared as though it required a workout to wear. Bell even addressed the fact that the dress was a bit unexpected for her, saying that she wanted to wear something a bit more whimsical than she has worn in the past.

Bell certainly succeeded in the whimsy department. The dress was full and feminine. She doesn't normally opt for something so frilly. But her Zuhair Murad gown was elegant. It never drifted into "too much" territory.

But can we talk a second about Bell's hair for a sec? She fashioned her blonde locks in a messy, shoulder-skimming bob with major volume. It was perfectly paired with her dress and it didn't compete.

This dress would be appropriate for the Oscars, as well.

It dipped dangerously low, and served as proof that two-sided tape is a miracle of fashion.