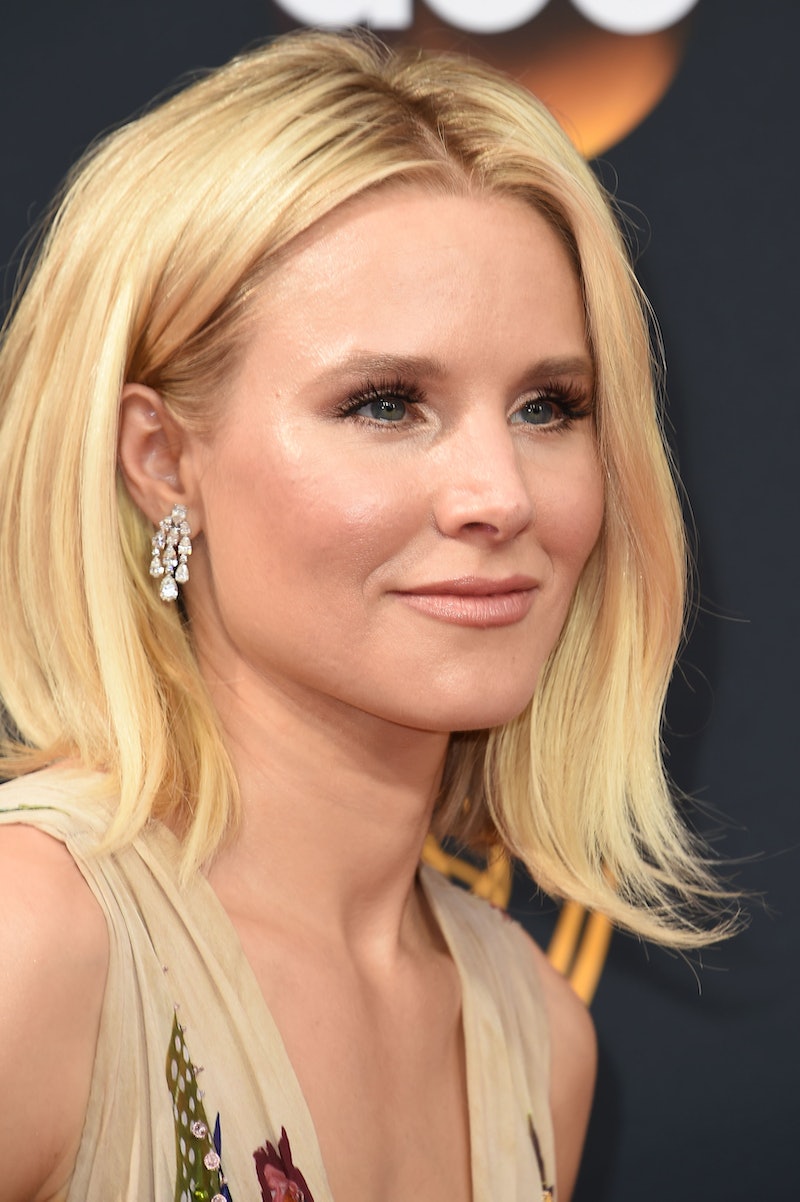 Seeing Kristen Bell slaying the red carpet isn't exactly shocking considering how many times she's done it before. However, on Sunday, Bell's 2016 Emmy dress left jaws on the floor. The breathtaking ball gown was a true stand out among a see of other impressive Emmys red carpet dresses. The gorgeous gown isn't a huge surprise though, especially when you know who designed it.

Zuhair Murad created Bell's incredible floral patterned frock, which should be no surprise as the designer is a red carpet staple. Seeing Bell looking fabulous on a red carpet isn't exactly a rarity either. The dress, however, was a departure for the star. Bell typically sticks with classic, tailored silhouettes, but the voluminous skirt and florals embellishments placed throughout the Murad design was more "whimsical," the star when she was interviewed by E! during the red carpet.

In fact, during the same interview, the star of the upcoming show The Good Place, had to hoist — yes, actually hoist — the voluminous ball gown's skirt up as she made her way onto the platform to join red carpet host Guiliana Rancic. Despite her battle to get up the stairs, though, Bell also expressed that she found the dress "comfortable." Comfort and style in a Zuhair Murad creation? What else could you ask for in an Emmy's dress?

Seriously, no wonder she had to lift up that skirt.

Even if stairs are difficult, it's totally worth it in that dress.

Zuhair Murad clearly created a stunner of a dress, and Bell wore it beautifully.