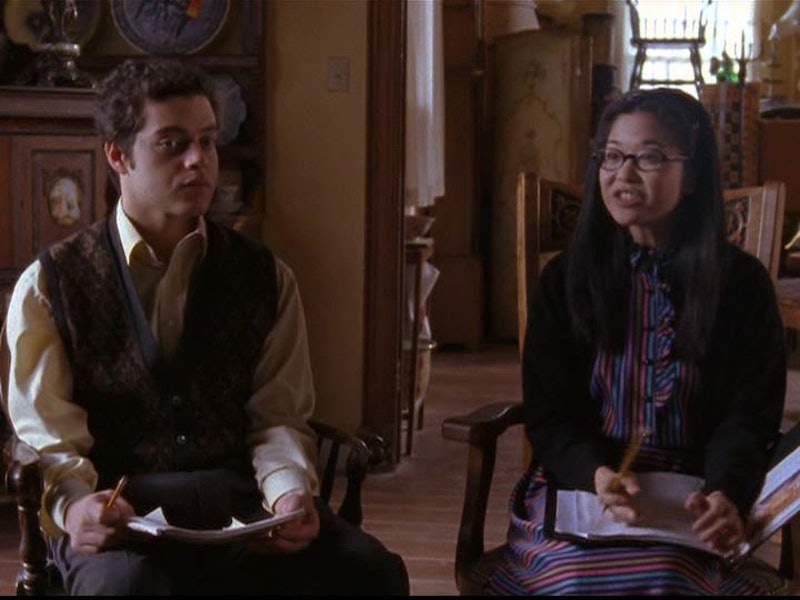 Rami Malek may have become a household name during Sunday night's 2016 Emmys celebration thanks to his win for Lead Actor in a Drama Series, but it wasn't all that long ago that he was just another actor getting his start in a popular WB series: Back in 2004, the Mr. Robot star, Malek, took on his first role ever in Hollywood in Gilmore Girls as a member of Lane's bible study group named Andy. The episode was the 11th in Season 4, and titled "In The Clamor and the Clangor." Though it was a small role — he literally had three lines, which were, "Assistant Pastor Eric?", "Then it would be Assistant Pastor Eric," and "Unless he's sick, in which case it would be Assistant Pastor Eric!" — but it was definitely a memorable one for Mr. Robot fans.

Don't kick yourself if you don't remember it, though — it was a relatively low-key role, and Malek never reappeared on the series after. (Also, he's not going to be in the revival series on Netflix, as much as I wish he would be.) It's just significant that Malek, who is now one of the most well-known actors in Hollywood, was once a small part of the series that, even now, 16 years after its premiere, is still heavily talked about.

Thankfully, the series is on Netflix, so if you did miss his appearance (or simply didn't notice it — he does look super young, here), you can easily go back and watch it.