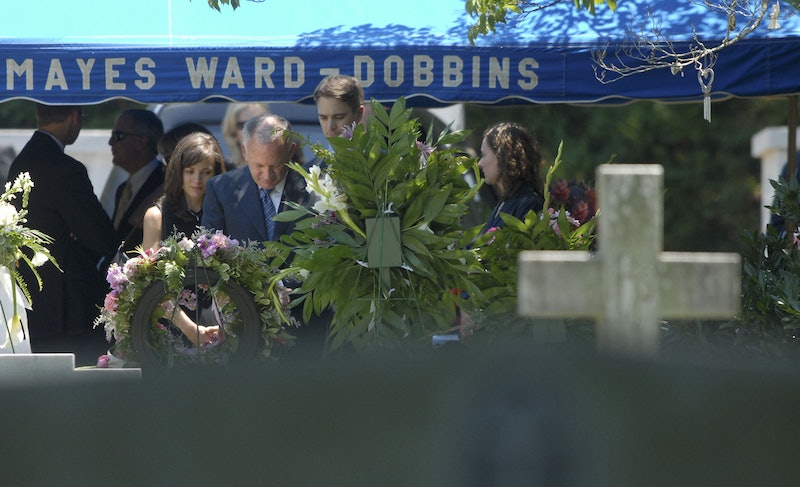 John Ramsey found his daughter’s body in the basement of the Ramsey family home on December 26, 1996. She had a garotte wrapped tightly around her neck — so tightly, in fact, that John initially didn’t even notice it. If strangulation was the cause of death, then that garotte was almost certainly what killed her.

But it is not clear that strangulation was the cause of death. JonBenet’s body also had a head wound and fractured skull, and it’s possible that this — not the strangulation — is what killed her. The coroner’s report was noncommittal, listing the official cause of death as “asphyxia strangulation associated with craniocerebral trauma.”

If it was indeed head trauma that killed JonBenet, that begs the question of what caused that trauma. And several people have theorized that it was a flashlight found on a counter in the Ramsey’s kitchen after JonBenet’s death.

One such person is Werner Spitz, a renowned forensic pathologist who consulted on the Ramsey case. Spitz believed that the flashlight could have caused Ramsey’s head wound, and conducted a gruesome experiment to test the theory: He obtained a child’s corpse and struck it in the head with a flashlight.

Spitz concluded that a flashlight of the shape and size of the one found on the Ramsey’s counter could indeed have been the source of Ramsey’s skull fracture. He could not, however, say with certainty that the flashlight was the murder weapon.

There are several odd things about the flashlight. For one, it had no fingerprints or DNA on it. In The Case of: JonBenet Ramsey, forensic scientist Henry Lee pointed to this fact as reason to be skeptical of the idea that the flashlight killed JonBenet: If someone had smashed her skull in with it, wouldn’t it have some DNA on it? Spitz noted, though, that a blow strong enough to break a skull would not necessarily break the skin.

There’s also the fact that nobody is quite sure where the flashlight came from. The Ramseys didn’t claim it as their own, so whose was it? Some speculate that the killer used it and left it on the counter. A more innocuous possibility is that it belonged to the police officer who was investigating the Ramsey house after the murder and forgot to take it along afterwards.

Unfortunately, Ramsey’s actual cause of death remains unknown. We still can’t be sure if it was strangulation or head trauma that killed her. Moreover, even if we could, there isn’t sufficient evidence that the flashlight is what caused her head wound. As with so many aspects of the Ramsey case, it remains a possibility, but may well never be confirmed.