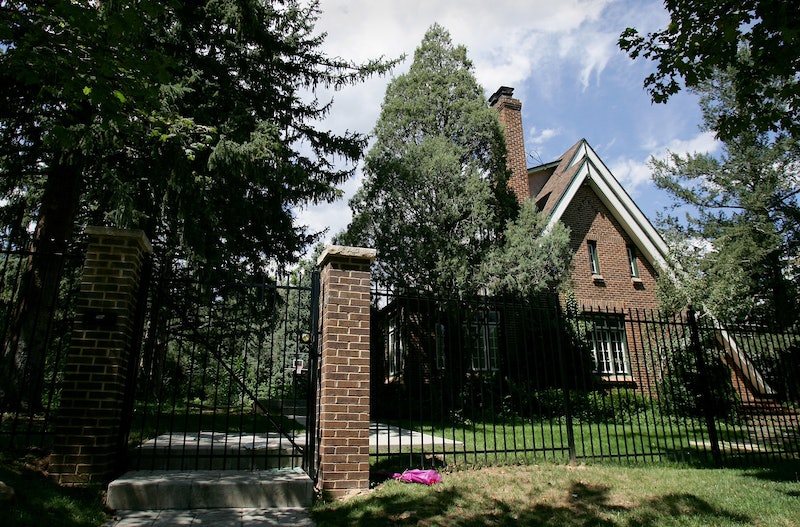 Though it seems like every person who is aware of the case has a theory, the 1996 murder of 6-year-old JonBenét Ramsey has never been solved. For that reason and for the incredible amount of media attention it drew at the time, the 20-year anniversary of the crime is being recognized all over TV. One of the many specials dedicated to the unsolved murder of the Colorado beauty pageant queen is CBS' The Case Of: JonBenet Ramsey. The two-night event concludes with a finale on Monday, Sept. 19 and the series' producers engaged the services of several experts in their field, determined to use their skills and training to interpret old pieces of evidence. This new review of past parts of the investigation may help legitimize or disprove certain theories, so I wouldn't be surprised if The Case Of brings up Gary Howard Oliva, who was never charged with a crime in relation to Ramsey's murder, which he claims he did not commit, but was at one point a suspect. Oliva could not be reached for comment by Bustle.

The Denver Post referred to Oliva earlier this year as a "one-time person of interest" in Ramsey's murder. Oliva was back in the news in June after being charged with sexual exploitation of a child, as reported by another article in the Denver Post. He is accused of uploading at least 20 images of child pornography to his email account. According to Boulder's Daily Camera, Oliva is a registered sex offender who was previously convicted of assaulting a 7-year-old girl in Oregon. Though the Daily Camera reported that police cleared Oliva of involvement in Ramsey's murder when they questioned him four years after her death, Boulder city spokeswoman Sarah Huntley told The Denver Post following his June 2016 arrest:

According to The Daily Camera, Oliva "was targeted as deserving close scrutiny as a suspect by the late Lou Smit," the former detective hired by the Boulder District Attorney's office to assist in the Ramsey investigation. The newspaper also reported that when Oliva was arrested for trespassing and other charges in 2000, officers found him in possession of a stun gun, a photo of Ramsey, and a poem about her titled "Ode to JonBenét." In a 2002 interview with The Denver Post quoted in the previously mentioned article, Oliva said that he felt "persecuted" due to his criminal history and claimed that had the photo of Ramsey because, "JonBenet’s murder touched me very deeply ... I feel she was an exceptional girl whose death was an exceptional loss. I felt the need to build a monument, a shrine, to remember this little girl."

Additionally, in a 2002 interview shown in a 48 Hours Investigates special, Oliva said that he did not hurt or kill Ramsey, and also said, "I believe she came to me after she was killed and revealed herself to me ... I'd like to see a memorial set up for her. I haven't seen that, anywhere."

So though he was never charged and maintains his innocence, Oliva's past involvement in the JonBenét Ramsey investigation makes it likely he could be mentioned in The Case Of as the team of experts reexamines pieces of the case, especially since his recent arrest has placed him back in the public eye.

More like this
Where Is Oscar Torres In 'Only Murders In The Building' Season 2?
By El Hunt
Howard Stern's Net Worth: Is He The Richest Man In Radio?
By Hugh McIntyre
Police Never Found Enough Evidence To Charge Sharon Marshall’s Killer
By Brad Witter
The “Beatrice Six” Were Awarded $28 Million After Their Wrongful Convictions
By Brad Witter
Get Even More From Bustle — Sign Up For The Newsletter