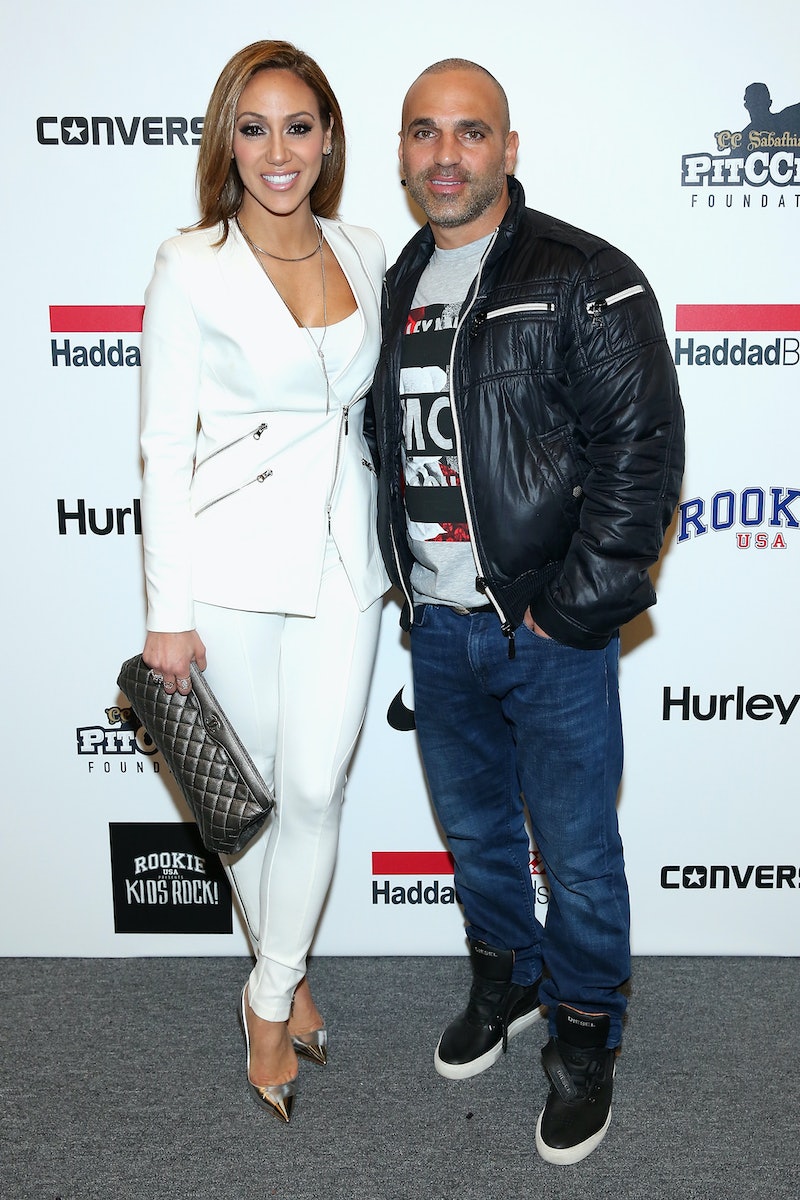 Unfortunately for them, Melissa and Joe Gorga's marriage has come under fire during this season of Real Housewives of New Jersey . But, let's be honest here, people may have differing opinions about how a dynamic in a marriage should or shouldn't be, but the one thing that's clear to anyone with eyes is that that the Gorgas have one of the strongest bonds out of all the marriages in the Real Housewives franchise. As a super single person myself, I often wonder how Melissa and Joe Gorga met. It seems like they've been together forever. Then again, that's because they basically have been.

In various interviews, these two have talked about how they got together. No matter who is telling the story, it's pretty consistent, which makes me think it's true. It's also one of those super cute stories where the guy tells his friends "That's the girl I'm going to marry" upon first seeing her. That always warms my heart and makes me a teeny bit jealous, you know, when it's mutual and blossoms into a relationship.

When Melissa was 21 years old, she and Joe were both on spring break vacation in Cancun, Mexico with their separate friend groups, and he spotted her. In an interview with Examiner.com, Melissa detailed their first encounter:

We were both there and he was there with his friends and he says that I went walking by with my girlfriends and my bikini, and he remembers everything that I was wearing like it was yesterday. He pointed to me and said, ‘That’s going to be my wife’. His best friend that was with him confirmed this story all the time, so that was kind of the first time we met unofficially. Then we were back in New Jersey in the summer at a beach club and he saw me and it just went from there.

Weirdly enough, on an episode of Watch What Happens Live, Joe revealed that he didn't even speak to Melissa that day at all, but he waited until he saw her again back in New Jersey, which is where he searched until he found her. I know that the Gorgas get a lot of flack for their marriage dynamic, but, no matter what you think about that, it is very clear that Joe is devoted to his wife.

In the Examiner.com interview, Melissa explained how their relationship got pretty serious right away. Well, right away after Joe actually worked up the nerve to talk to her. Melissa said, "It was one of those things that we went out on a first date and we saw each other every day after. We both just knew, we were at the age when we were ready to settle down." And they were married within a year of meeting each other.

So, for anyone else going on a college spring break or on the prowl at the club, keep an open mind. You might just pull a Gorga and end up finding your future life partner — if you actually work up the nerve to say hello. The moral of the story here is to say hello to someone you find interesting and to put yourself out there.