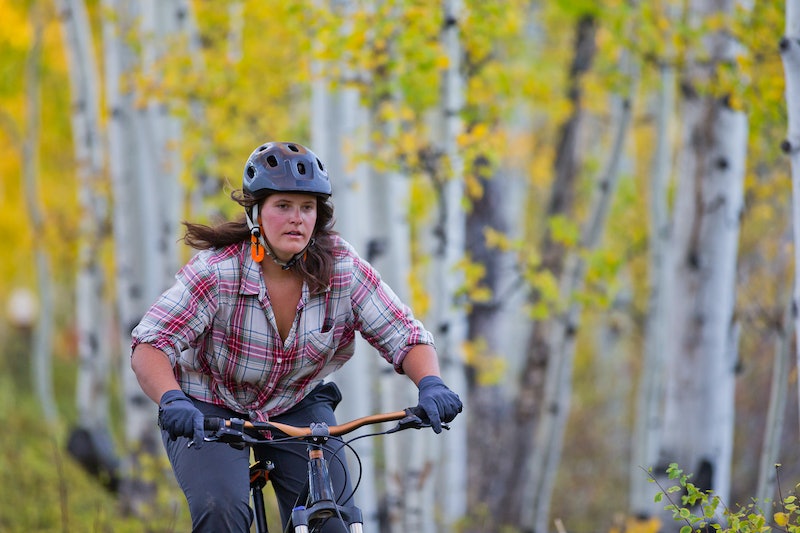 There are a lot of great reasons to hop on a bike — Cycling is excellent aerobic exercise, it builds muscles, and it puts less pressure on your joints than running, for a start. However, research suggests that there may be one key drawback for women: Cycling can desensitize your vagina. But before you panic over making an impossible choice — Your beloved bike or your genital sensation?? — don’t worry. Some simple tweaks on your bike can ensure that you can cycle to your heart’s content, while still protecting your genital health.

In 2006, Yale researchers conducted a study investigating how cycling affects sexual health in women. That study found that, compared to female runners, female cyclists had decreased genital sensation. (The participant’s threshold for sensation was measured through vibration; the runners were able to perceive vibration at lower levels than the cyclists.)

In a 2012 study published in The Journal of Sexual Medicine, these researchers followed up their previous research by analyzing how a number of factors, including handlebar and seat position, affect female cyclists’ genital sensitivity. They had 48 cyclists (all of whom rode at least 10 miles per week, four weeks a month) bring their personal bikes into the lab, and ride with their bikes attached to a stationary machine. The researchers found that women whose seats were higher than their handlebars tended to experience less sensation in their pelvic floors. That’s because the angle of the body in this position, with the torso leaning low over the handlebars, causes the rider to put increased pressure on her perineum, which in turn leads to the compression of the tissues and blood vessels of the genital region, which can ultimately cause pain, tingling, and even numbness.

Women aren’t the only ones whose genitals are affected by bike riding — research has also shown that cycling can cause erectile dysfunction in men. Interestingly, men have the opposite experience in regard to body angle while riding; while women have more problems when their handlebars are lower than their seats, men are more likely to have issues when their handlebars are higher.

So, how do you keep up your cycling habit while also maintaining happy, sensitive genitals? “Chronic insult to the genital nerves from increased saddle pressures could potentially result in sexual dysfunction,” lead author Dr. Marsha K. Guess warned the CBC. However, she said, “Modifying bicycle setup may help prevent genital nerve damage in female cyclists.” Women can help protect their genitals by setting their handlebars higher than their seats, and thus sitting more upright as they cycle. Researchers studying male genital dysfunction caused by cycling have also recommended switching over to a no-nose bicycle saddle, which forces the rider to sit on his or her sit-bones, rather than the more fragile genital region.