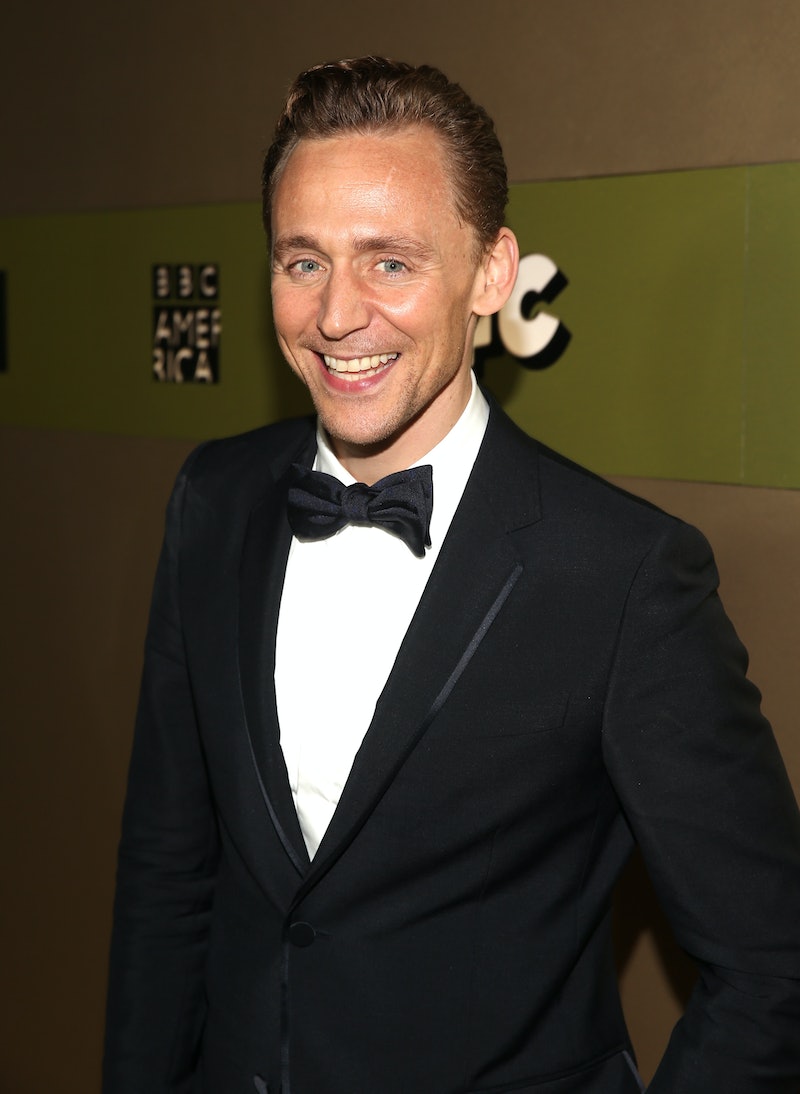 When those infamous photos emerged of Tom Hiddleston and Taylor Swift snuggling by the beach The Notebook-style, suffice it to say that fans lost their collective cool for a long, long time. A mere three months after their very public love tour through Europe and Australia, Hiddleswift called it quits, much to the shock of fans. Rumors accused him of using her for fame and her of forcing him to be super public, and everyone seemingly tried to create a negative narrative around their break up. Thankfully, well, it sounds to be anything but that. When prompted at the 2016 Emmys, Hiddleston said that he is still friends with Swift, so all and any Hiddleswift drama should be laid to rest.

Since the news of their split, Swift has been supporting her BFFs at NYFW and Hiddleston has been busy filming Thor, both very involved in their own worlds. When asked if he and Swift were still friends, the actor told People with a smile, "Yes. Yes, we are." You see, everyone? There's nothing to talk about here anymore. It is pretty much inevitable that, when two extremely famous and attractive people get together, things will get blown entirely out of proportion — especially if one of them is one of the biggest pop stars on the planet. There is no chance to merely date or get to know each other; it's literally, marriage or bust as far as the public is concerned. That pressure is too much for any burgeoning couple.

What is very worrisome in the wake of these high-profile celebrity breakups is how eager publications, and certain fans, are in creating a messy breakup story, which isn't always true. Surprisingly enough, sometimes celebrities do as us mere mortals do, and meet a hot guy or girl, fall head over heels in lust for a few weeks, and then decide it just isn't right for them. I have a feeling that, if I lived out my various summer flings in the public eye like Hiddleswift did, the headlines and public commentary on my dating life would be far worse.

But, like Hiddleston usually does, he remained cool under pressure when asked about his break up, and I wholeheartedly believe that he is a gentlemen enough to respect his former relationship and Swift. Neither of them have hinted at any drama between them, so it's best if everyone lets them move on. This was likely just a case of a summer fling with no hard feelings, and that is totally OK and acceptable. They don't have to hate each other, y'all.

Swift is busy chilling in NYC with her girls and her cats, and Hiddleston might already be flirting with Priyanka Chopra after their appearance at the Emmys. (I mean, who wouldn't be flirting with Chopra, anyway?) It sure sounds like the pair are well, happy, and friendly after their split, so everyone should be moving on.