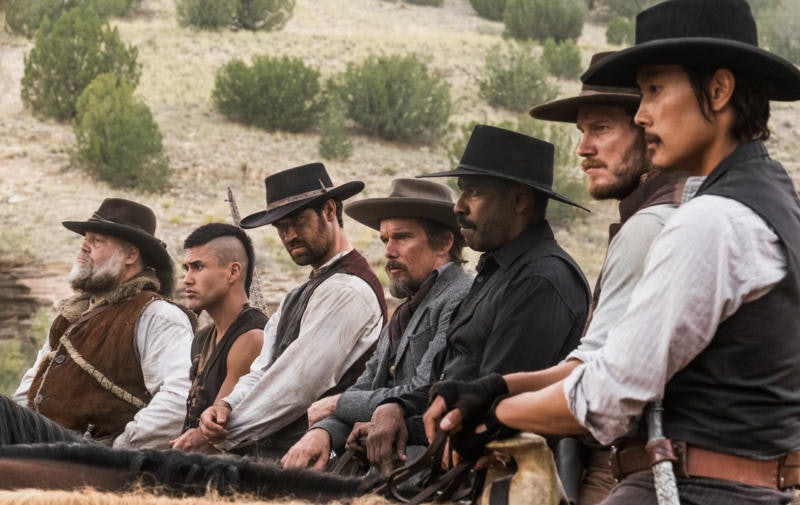 There are a few genres that I would love to see make a comeback, including the western. I'm not talking about Wild Wild West. No, I'm talking Butch Cassidy and the Sundance Kid type stuff. There's something gritty and wonderfully entertaining about westerns that makes you believe that maybe, just maybe, this stuff actually could or did happen way back when. Luckily, a new western movie is set to be released soon, The Magnificent Seven, and it could be the start of the western film renaissance. But is The Magnificent Seven based on a true story, like it might make you think? Did the events of the film happen in real life? I wouldn't be surprised if they did.

Unfortunately, The Magnificent Seven is not based on a true story. The remake of the iconic 1960 film stars Denzel Washington, Chris Pratt, and Ethan Hawke (amongst many others), and is set in 1870 in a small town called Rose Krick. The basic premise is that these "magnificent" seven outlaws agree to take a job fighting against an evil rich guy who wants to take over Rose Krick. Now, there could have, perhaps, been a time when seven men actually banned together to fight bad guys in the wild west, but this particular story is not based on true events.

It is, however, a remake of the outstanding 1960 epic The Magnificent Seven. Yet even though it is a remake, the details of the plot are still a bit under wraps so there's no telling if it's a direct line for line, shot for shot type of remake or if the plot differs but the same sentiment from the first remains. I think that either way, I'd be pretty happy. And even though The Magnificent Seven isn't based on a true story, the original is actually a remake itself. Yes, that's right.1960's The Magnificent Seven is an old-west style remake of Akira Kurosawa's 1954 film, Seven Samurai. Kurosawa's film tells basically the same story, except instead of wild west outlaws, seven ronin (masterless samurai) are hired to fight bandits who have been stealing from farmers.