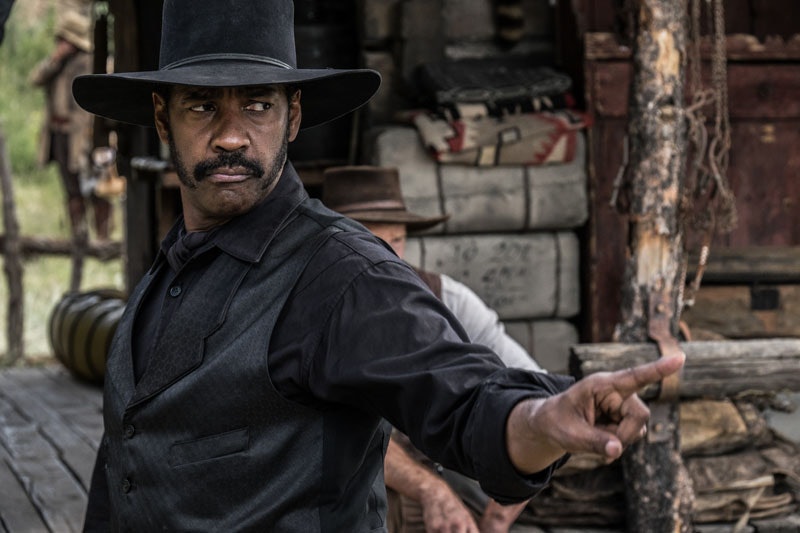 The Western is cool again. The genre, whose heyday ended decades ago, rides back into theaters on September 23 with The Magnificent Seven. The film follows seven outlaws, led by Denzel Washington and Chris Pratt, who take a job defending a small town from a ruthless industrialist and his goons. Now, it's likely that you've heard of The Magnificent Seven before. The 1960 film of the same name is considered a classic of the genre, with one of the most iconic theme songs in cinema. So is the new Magnificent Seven a remake, or a sequel of the original?

It's a remake, but it's not shot-for-shot. While the original's storyline clearly provided the basis for the new film, there are several notable differences between the two. First, and perhaps most obviously, the new cast of characters is far more diverse than that of the original. The original seven consisted of all white characters, save for one man of Mexican ancestry and another with some mixed Mexican ancestry. The new cast, by contrast, is led by Danzel Washington, and includes men of Native American, Asian, and Mexican descent among its ranks — leaving just three white members out of the seven total outlaws.

But a diverse cast isn't the only difference between the two films. Given that it was made 56 years after the original, the style is a lot more modern. In other words, it's a lot more violent than the first film. The setting has also been changed. In the original, the seven fought to protect a Mexican village from a town of villainous Mexican bandits, perpetuating the old Hollywood stereotypes of white saviors and non-Americans' otherness. In the update, the town is American, and is under threat from a white businessman and his hired guns, putting a more modern spin on the original.

Besides these modern updates though, the film is very much the same as the one that inspired it. Seven lone gunslingers unite to save a desperate town from a dastardly villain, eventually realizing they're in it more for doing the right thing than for a payday. But before you complain about Hollywood remaking an untouchable classic, know this: The original Magnificent Seven itself was a remake of the 1954 Japanese film, Seven Samurai. Apparently, some stories just need to be retold.