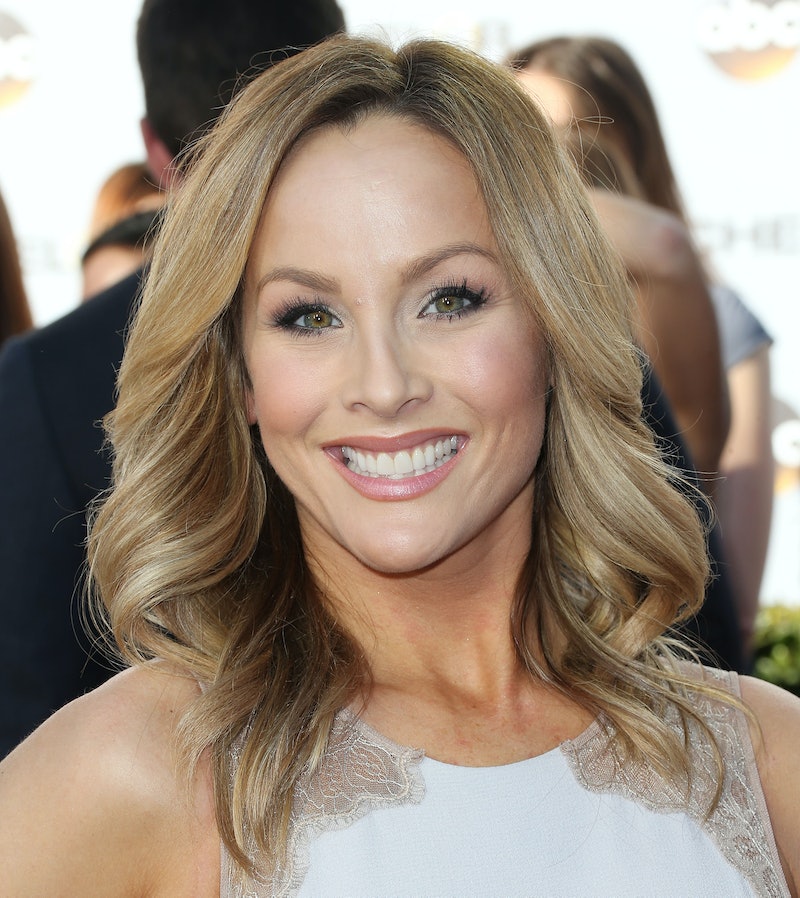 Longtime fans in Bachelor Nation have missed seeing Clare Crawley on television. She appeared on Juan Pablo Galavis's much maligned season of The Bachelor, and she eventually looked for love on Bachelor in Paradise. Sadly for her, neither of those appearances worked out and Clare had an infamously bitter exit from BIP . Nevertheless, the viewers miss watching her, and I'm sure they want to know what Clare Crawley is up to these days.

In a refreshing twist, Clare has not followed the lead of her fellow Bachelor alums to become a professional reality star. Sure, if you scroll through her Instagram page, she has an endorsed a curling iron, but that's a little bit different than other reality TV alums trying to make a buck off their personalized promotional links. Instead, it's because Clare is actually a hair stylist, so it makes sense for her to endorse hair tools.

And, yes, she really is a hair stylist and you can actually book an appointment for Clare to do your hair. She works at the DeFacto Salon in East Sacramento, California, if you are interested. I have a feeling that she's not going to gossip about her time on The Bachelor with you while she styles your hair, but, hey, it's worth a shot if you really want to inquire about it.

It really does seem like Clare is done with reality television, but, if you follow her on social media, you can see that she is still a proud member of Bachelor Nation and that she supports everyone who ends up on the shows in the franchise. Apparently, Clare is not done with Bachelor in Paradise (as a viewer) since she tweeted, "Apparently I have some episodes of @BachParadise I need to catch up on! #wellplayed." So, even if she never appears on a Bachelor-related show again, it's nice to know that at least she's still a fan.

Other than Clare being a "normal" person with a real job who happens to watch Bachelor in Paradise, there was one super random piece of gossip about Clare dating Terrell Owens in July 2016. Yeah, I'm talking about the football star. They were spotted at the ESPY Awards together and in Snapchats, but nothing before that. For many people, myself included, it was just so out of nowhere. There was also no follow up to the appearance, so the rumor continues to seem like the strangest thing ever.

For everyone who loves Clare and misses seeing her on TV, it's nice to know that she seems to be doing well and is happy being a regular woman who happened to be on a reality TV dating show in the past. If you really do miss seeing her on the reg, thank God for social media. Sure, it's not the same as seeing her receive roses week after week, but you gotta take what you can get.