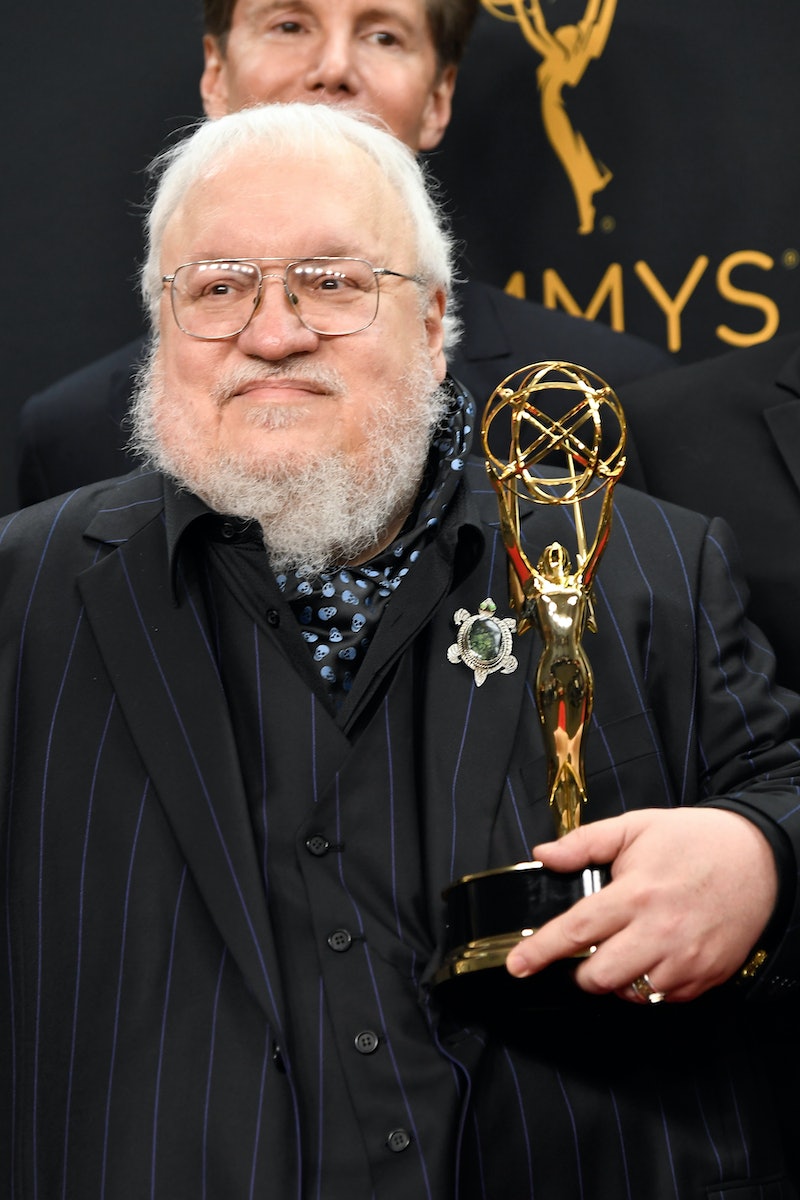 George R. R. Martin has been working on the A Song of Ice and Fire novels (which are the basis for the HBO Game of Thrones series) since 1991, and has published five of a promised seven books. However, he might be adding another project — peaking to press after the Emmy's on Sunday night, George R. R. Martin said he might release a prequel to the series...eventually. But if you're worried it might delay the release of The Winds of Winter , don't panic just yet.

Martin is famous for taking a long time to produce a book — though it's certainly understandable given the nature of his A Song of Ice and Fire series. All five of the books are over 600 pages long apiece, and the last three were more than 900. Plus, the number of storylines — and the overall quality of the storytelling — means that they take a long time. Plus, Martin is also busy acting as a writer and producer for the Game of Thrones show. So the idea of the writer taking on another project is undoubtedly bound to have some fans up in arms.

However, Martin says that he's not working on a prequel at the moment and has no immediate plans to do so. But he could see maybe putting one together someday.

"I do have thousands of pages of fake history of everything that led up to Game of Thrones, so there’s a lot of material there and I’m writing more," Martin said. However, he also pointed out, "At the moment we still have this show to finish and I still have two books to finish so that’s all speculation."

It is pretty interesting speculation, though. Martin would hardly be the only fantasy author to ever publish things extra things they've written that help establish a fantasy world, or that just don't fit into a given novel. The one the immediately springs to mind, of course, is J. R. R. Tolkien and the Silmarillion, which was published after the author's death.

Hopefully we don't have to wait that long for Martin's Game of Thrones prequel. Because there's a lot of material in Westeros history that such a book could cover — from Robert Baratheon's rebellion to the unification of the Seven Kingdoms to the history of places like the Iron Islands or Braavos — and in Martin's hands, it would doubtlessly make for a fascinating read.

But first he should definitely finish The Winds of Winter.