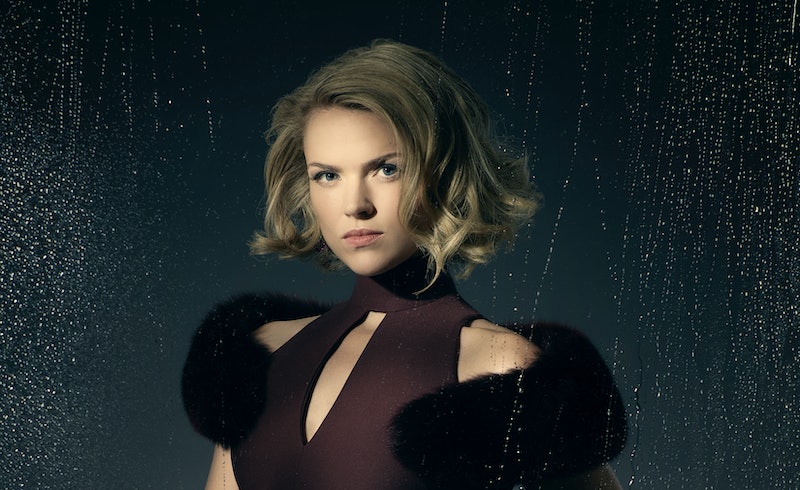 Fox's take on DC Comics' most famous city is returning for a third season, so I hope you're keeping your eyes peeled for little nods to the comic books when Gotham Season 3 kicks off. In fact, for some of the comic book references you won't have to look too hard. For instance, Barbara Kean's new club on Gotham , The Sirens, has ties to the DC Comics — but not in the way you might think.

There isn't a club in the comic books called The Sirens so far as I could find in my research. Instead, Gotham City Sirens is the title of a DC Comics series that features female supervillains Catwoman, Poison Ivy, and Harley Quinn attempting to work together. In Gotham, though, The Sirens is a club run by both Barbara and Tabitha Galavan — who previously helped her brother Theo terrorize the city in Season 2 — though it won't exactly be a smooth partnership. Barbara Kean actress Erin Richards told ComicBook.com that the dynamic between the villainesses will be a struggle for power:

It’s a sort of mutual respect, and also sort of a slight battle for who is in power. I think if you ask Barbara, she’d say she’s the head of The Sirens, but if you ask Tabitha the same thing, she’d say the same. So it’s good, this playful rivalry.

So, if you're wondering whether we can learn anything about that struggle for power from Gotham City Sirens, take a look at this snippet from the official synopsis for the DC Comics series:

These tough ladies have a new agenda that’s all their own, and they’ll use any means necessary to pursue it. But can they get along and work as a team? And who will get hurt along the way?

Based on Richards' comment, it sounds like this synopsis for Gotham City Sirens may also be applicable to Gotham Season 3, at least in regards to Barbara and Tabitha. Tough ladies attempting to work as a team? Check. A partnership destined to have violent consequences? Check. It seems as though Gotham may be attempting to loosely adapt this supervillain team-up series, but that leaves one question: Will the show's versions of Catwoman and Poison Ivy be involved somehow?

That's a bit of a tougher question since the characters haven't been confirmed to have any affiliation with The Sirens club in Season 3. But, since Selina Kyle is part of Gotham's underworld, there's a good chance she'll learn of the club soon enough. Plus, the newly older Ivy Pepper could potentially seek refuge in a club run by two female Gotham villains — or maybe that's just my wishful thinking. No matter who joins Barbara and Tabitha in The Sirens, it'll hopefully lead to a fun storyline featuring tough ladies taking charge in Gotham Season 3.