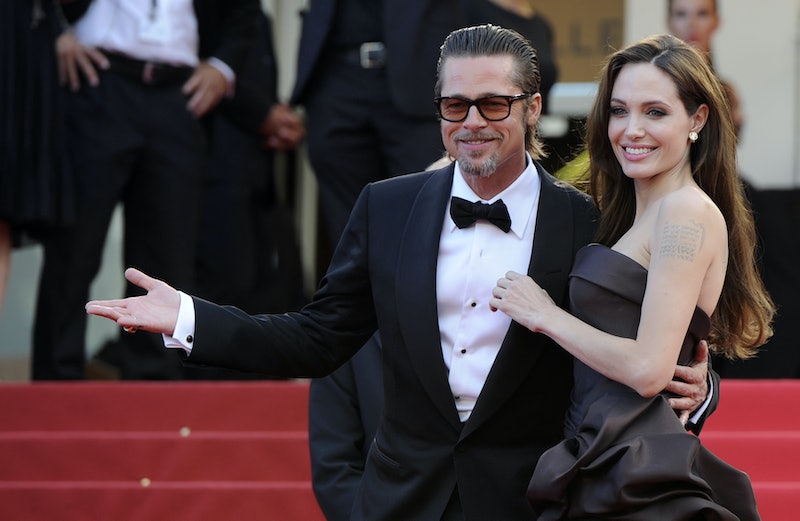 Just when you think it's going to be a typical Tuesday, a report surfaces claiming that Angelina Jolie has filed for a divorce from Brad Pitt, and life as we know it will never be the same. I mean, we're talking about one of Hollywood's most iconic couples here, who just got married in 2014 and have been together for over a decade. Could they really be going their separate ways after all of that? As for the cause behind this split, TMZ reported that Jolie filed for divorce on Monday citing "irreconcilable differences," which isn't very specific and doesn't paint a very clear picture of what potentially happened and whether or not they're still on good terms.

As the day progresses I'm sure more and more information will be made public regarding this surprising news. But in the meantime, all people have to focus on is the report itself. And in a world where social media makes up a large portion of the news cycle, Twitter is overflowing with comments, memes, and jokes about this alleged divorce that anyone can appreciate, regardless of how you feel about the dynamic duo. As you can imagine, a lot of them are Jennifer Aniston-centric.

Some Focused On Rachel Green's Reaction:

While Others Honed In On Aniston Herself:

And Many Used Pop Culture To Represent Their Current Feelings:

Good luck recovering from this heartbreak, everyone. We're all in this together.