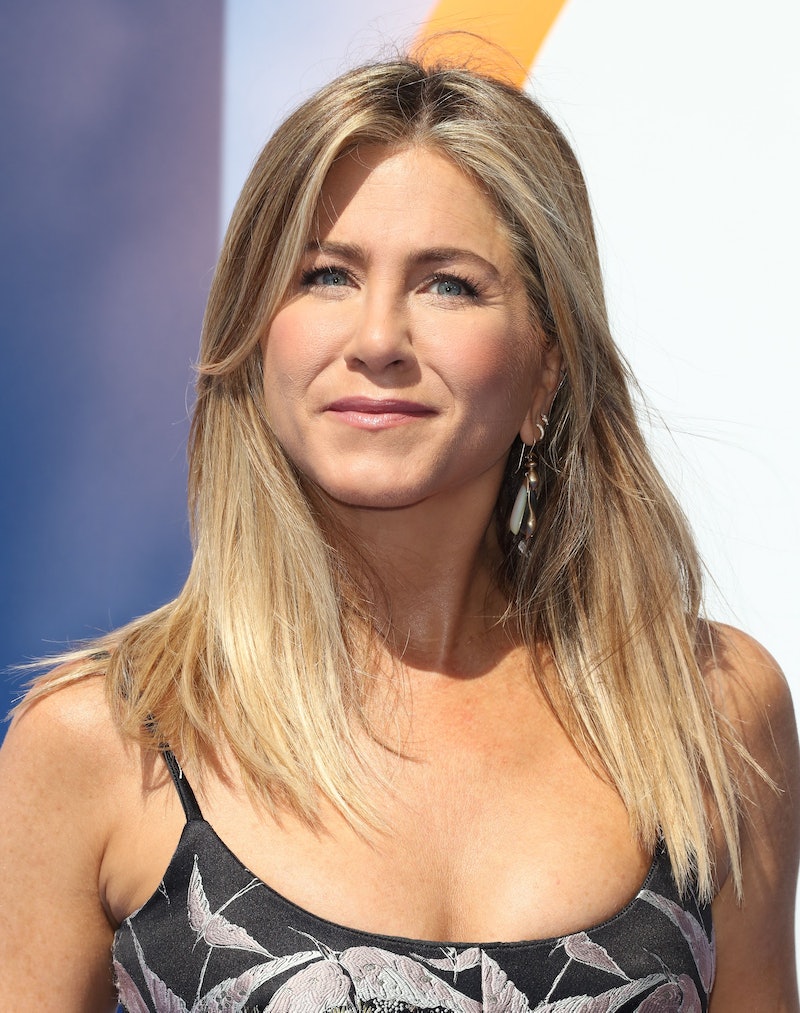 When Brad Pitt and Jennifer Aniston divorced in 2005, it would be an understatement to say that the public was majorly interested. You couldn't go anywhere without seeing a photo of them on a magazine cover, and there was, of course, was the matter of taking sides — who was Team Jennifer and who was Team Angelina? Aniston is a beloved actor whose down-to-earth personality makes her relatable to many fans (as much as one can relate to a Hollywood megastar) and she'd seemingly been left for another woman, so public sympathy was definitely in her favor. Pitt acknowledged that he fell in love with Jolie while still married to Aniston, but denied that his actual relationship with her began until he had separated from his then-wife. In a August 2005 interview with People, Aniston told the outlet that she would "choose to believe" Pitt's assertion that he didn't cheat on her prior to their separation, which arguably made her even more likable because she expressed no bitterness. Now that Brad Pitt and Angelina Jolie's divorce has been announced, people have plenty of questions about the split — and one of them is about Jennifer Aniston's reaction. However, I think a more valid question is: Why is this Team Jen thing still going on all these years later?

A cursory look at Twitter shows plenty of gifs depicting ecstatic celebration, which is what many people seem to imagine Aniston is doing right now. But none of us are inside Aniston's head and it seems a bit petty to assume that she's happy about someone else's highly publicized split — even if that someone happens to be her ex-husband. All these years later, plenty of people still resent the fact Pitt seemingly "chose" Jolie over Aniston — and a lot of this is because Aniston is seen as a likable person, both onscreen and off. Meanwhile, people have a very different view of Jolie.

Dr. Pamela Rutledge, Director of the Media Psychology Research Center tells Bustle via email: "There were many expressions of her being 'wronged' by Brad Pitt leaving her, especially since it looked like he was involved with Angelina Jolie while still married to Aniston. This was amplified by Jolie’s seductress, iconoclast image." She adds that few blamed Pitt himself and that people become upset when bad things happen to good people.

Psychologist Gregory Kushnick also tells Bustle via email that Aniston's public persona as the "gentle, innocent" woman versus Jolie's as the "naughty, sharp-jawed sex symbol who has the power to make men do bad things" played a role: "Given the type of woman Jennifer Aniston represents, the public will naturally side with her over a woman who is viewed as aggressive or seductive."

Furthermore, Aniston's situation in 2005 was one that plenty of us could actually relate to. Although Pitt denies a physical relationship existed prior to the separation and Aniston has publicly stated she believes him, there's a general public perception that he cheated, at least on an emotional level. And, unfortunately, plenty of us can relate to being in a situation where a partner either cheated or left us in favor of someone else. A 2004 University of Chicago study found that 25 percent of married men had engaged in at least one extramarital relationship, as reported by The Washington Post, and that doesn't take into account the number of people who have cheated in long-term, serious relationships. So, even if it hasn't happened to us, chances are we have a close friend or family member who has been betrayed and we naturally felt infuriated on their behalf. In the aftermath, it's common and completely understandable to feel humiliated and insecure — and it can even be hard to tell those close to us, regardless of the fact that we've done nothing wrong. So, the fact that Aniston's situation played out in the public eye arguably garnered even more sympathy for her.

So, many people rooted for Aniston because her image represented the type of person we like and would want to defend if we saw her wronged, especially because she happened to be wronged in a way that many fans could relate to. And all these years later, fans continue to take sides. "[T]here appear to be many for whom the Jolie-Pitt split evens the score, so to speak, for Aniston, based on the many memes imagining Aniston’s reactions," Rutledge says.

Aniston is well-liked because she's, well, likable herself, and we should give someone who seems so nice more credit than to assume she's jumping for joy over the fact that two individuals are going through a difficult time in their lives. Also, I think we could assume that she's currently more focused on her great career and her happy marriage to Justin Theroux than pining over a marriage that ended 12 years ago. Aniston has made clear in interviews that she has no hard feelings about the divorce — last year, she told The Hollywood Reporter that "we wish nothing but wonderful things for each other. Nobody did anything wrong." Those don't exactly sound like the words of someone who wishes her ex the worst.

But, people continue to take sides when it comes to Aniston and Jolie. They aren't our personal friends, so why bother taking sides at all? Rutledge says that, aside from it coming down to their public personas as "the girl next door" and "more sensual and even powerful" woman, respectively, people also feel as though they do know celebrities on some level. She explains,

When people feel they know or can relate to celebrities, known as forming a parasocial relationship, they treat them as they would real friends, taking sides and reaffirming loyalties. By doing so, they are also creating a sense of affiliation with other fans that becomes part of their identities, forming emotional allegiances similar to sports teams. The need to take sides also stems from our biological urge to find reasons for things to happen. The papers will be full of speculation about why this happened, pointing fingers in all directions.

The speculation has already begun (just glance at social media) and, unsurprisingly, many will likely lay the blame at Jolie's feet just like they did in 2005. Just hours after the news broke, The Atlantic already had a lengthy roundup of various tabloids' speculation about why the marriage ended. The "reasons" ranging from Jolie's eating and drinking habits to her delayed guilt about "thieving Brad Pitt from Jennifer Aniston," as GameNGuide put it. Even her humanitarian work was blamed because it took away time that should have been spent focusing on her marriage. There's also blame being put by tabloids on Pitt's recent co-stars, including Allied costar Marion Cotillard. (Bustle has reached out to reps for Cotillard and Pitt for comment on the rumors, but has not yet received a response.)

(Update: Cotillard released a statement on Instagram denying the allegations of an affair with Pitt as well, and referencing her current partner, Guillaume Canet, as the love of her life: "I met the man of my life, father of our son and of the baby we are expecting. He is my love, my best friend, the only one that I need." Read the full statement here.)

There's no public evidence Pitt had a relationship outside of his marriage to Jolie, but in the completely hypothetical scenario that he did have an affair, it's safe to assume that the woman would be blamed and perhaps Jolie's perceived likability would increase just a bit because, as we saw with Aniston, women seem to be considered more likable when they've been "wronged."

Although it does seem a little strange at the surface, it's understandable why people become attached to certain celebrities. We seem them deliver genuine acceptance speeches at awards show, express appreciation to their fans, and open up about their insecurities and personal lives in a way that makes them relatable. So, although we intellectually know they aren't our best friends, fans can feel attached to these people and become angry when they believe they've been mistreated by someone. And, when it's a beloved figure like Aniston who went through something many of us can relate to, apparently it can be really hard for the public to move past this. But, we should probably take our cue from Aniston herself and make this "competition" a thing of the past — and be grateful that she's found happiness in her own life.

More like this
9 Photos Of Celebrity Couples & Unexpected Duos At The 2023 Grammys
By Jake Viswanath
The History Of Taylor Swift's "All Too Well" & What The Lyrics Actually Mean
By Jake Viswanath
Bennifer's Relationship Timeline Now Includes A Grammy Date Night
By Jake Viswanath
Vanessa Hudgens Is Reportedly Engaged To Cole Tucker
By Jake Viswanath
Get Even More From Bustle — Sign Up For The Newsletter
From hair trends to relationship advice, our daily newsletter has everything you need to sound like a person who’s on TikTok, even if you aren’t.