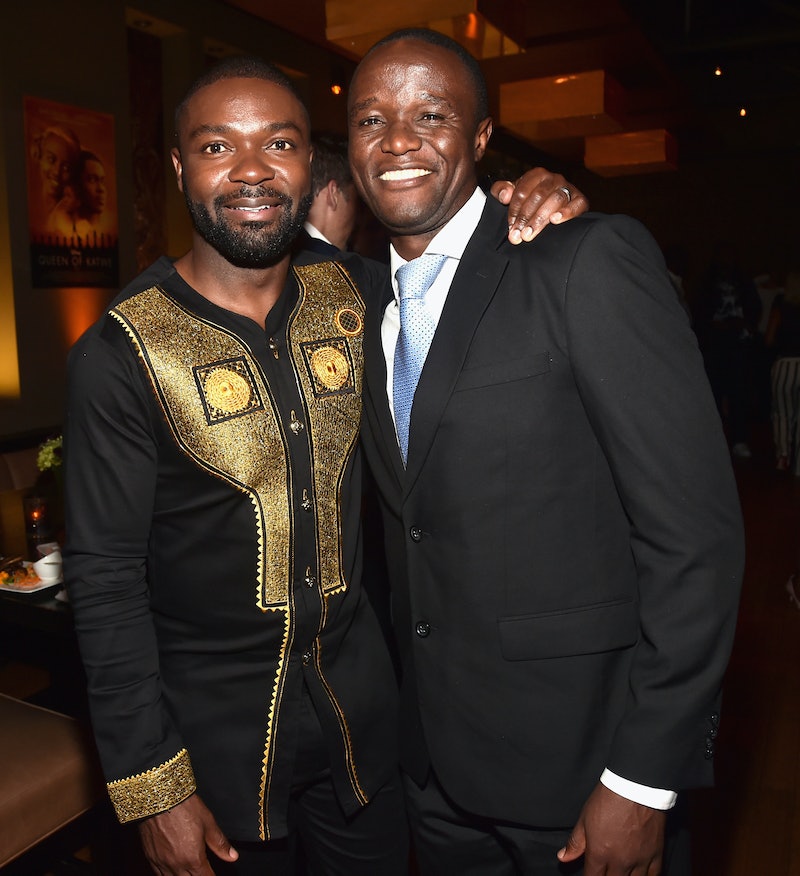 The best biopics are the ones that tell amazing real-life stories you would never have discovered on your own, but that you become completely obsessed with after you learn about them. That's exactly what you'll find with Disney's inspiring new movie, Queen of Katwe, which tells the story of Phiona Mutesi, a young woman from a slum in Kampala, Uganda who became an international chess prodigy. Queen of Katwe stars Lupita Nyong'o as Mutesi's mother Harriet and David Oyelowo as Mutesi's chess coach Robert. Mutesi herself, who, as reported by ESPN, became one of the first titled female chess players in Ugandan history as a teenager despite a difficult life marked by loss and poverty, is played by Ugandan dancer Madina Nalwanga. Mutesi's incredible journey makes you want to know more about every player in her life story, especially the man who coached her to success. In real life, where is Robert from Queen of Katwe now?

It turns out, he's still changing lives in Kampala with Sports Outreach, the Christian organization he worked for when he first met Mutesi and introduced her to chess. Katende's role has grown and he is now the Director of Sports Outreach in Uganda. An August 2016 story from The Guardian reports that Katende, a talented soccer player who also grew up in the slums of Kampala, initially wanted to help the children of Katwe by feeding them and teaching them to play soccer, but he found that many of the kids had no interest in the sport. So, he ditched the soccer in favor of a chess program that he hoped would give the children tools to learn, grow, and feel confident in themselves.

On www.queenofkatwe.com, you can watch a mini-documentary on Katende and the work he's doing called A Fork, A Spoon And A Knight, which was co-directed by Queen of Katwe director Mira Nair in 2014. Early in the documentary, you see him leading children in a chant: "What is chess?" he asks them. "Life!" they respond in unison. The concept of learning chess skills as a way to learn life skills is hugely important to Katende, who told The Guardian that he helped Mutesi succeed at the game by "reminding her that anyone can lift a piece because it is so light. What separates you is where you choose to put it down." In the documentary, he elaborates: "you have to think abstractly, you have to strategize, you have to focus."

According to his biography on the film's website, Katende, who with his wife Sarah has three daughters named Mercy, Hope, and — most fittingly — Queen, remains as passionate about chess and his commitment to mentorship as he was when he began working with Mutesi. The site reports that his SOM Chess Academy and Mentorship Center now has programs not only in Kampala, but also the Northern Ugandan city of Gulu as well as Nairobi, El Salvador, and the United States.

Katende was also actively involved in the filming of Queen of Katwe, which according to The New York Times was shot on location in the streets and buildings where Mutesi grew up. He was present on set for the entire shoot, designing each of the chess games that play such a critical role in the film. Now when you watch Queen of Katwe, you'll know that the scenes featuring complex chess games are Katende-approved, which is pretty darn cool and contributes to the realism and genuine feel of the film.

More like this
Prince William Reveals Charlotte's Hidden Talent In Ultimate Proud Dad Moment
By El Hunt
The 'Hocus Pocus' Sequel Finally Has A Release Date & It Makes Total Sense
By Shannon Barbour and Radhika Menon
9 Photos Of Margot Robbie & Ryan Gosling As Rollerblading Barbie & Ken
By Alyssa Lapid
Is Austin Butler Really Singing in 'Elvis'?
By Arya Roshanian
Get Even More From Bustle — Sign Up For The Newsletter