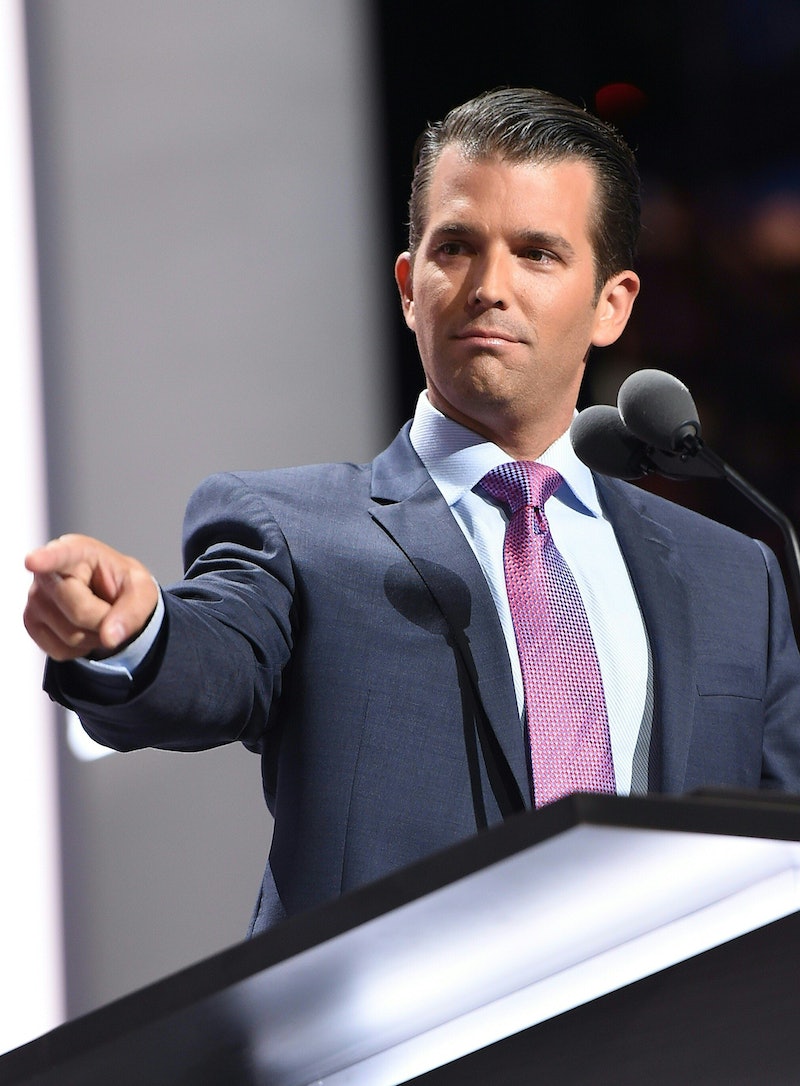 Here's a case where maybe it's a good thing that, as 2012 Republican presidential candidate Mitt Romney, proclaimed, "corporations are people." On Tuesday, the corporation Wrigley, the manufacturer of Skittles, has certainly exhibited more humanity than an actual human, Donald Trump Jr.

On Monday, Trump Jr. tweeted a now-viral image of a bowl of skittles with the caption, “If I had a bowl of skittles and I told you just three would kill you, would you take a handful? That’s our Syrian refugee problem." While corporations are often hesitant to get involved in any controversial or politically charged subject matter, Wrigley was quick to denounce Trump Jr.’s tweet.

"Skittles are candy. Refugees are people," Denise Young, the vice president of corporate affairs for Wrigley Americas, told The Hollywood Reporter in a statement. "We don't feel it's an appropriate analogy. We will respectfully refrain from further commentary as anything we say could be misinterpreted as marketing."

The tweet is, obviously, deeply problematic. For one, it completely lacks accuracy regarding the likelihood of an American being killed by a terrorist who is a refugee in the country. The Cato Institute recently published a report saying, "The chance of an American being killed in a terrorist attack committed by a refugee was 1 in 3.64 billion a year." You would need so, so many more Skittles to come close to remotely representing the fearful outcome Trump Jr. is implying in his tweet. Moreover, Trump Jr. is relying on xenophobic fearmongering, which is worse than the meme's statistical inaccuracy.

Wrigley is a corporation whose prime tenet is to make money, and it could risk alienating customers and losing business by immersing itself in the political mire. Yet the company weighed the risk versus the reward of responding to this tweet, and determined that a response was necessary.

While that response simply recognized that refugees are humans and that their lives have greater value than candy, it was still remarkably refreshing and powerful, especially when relatively few politicians in the Republican Party have shown the same backbone. The Republican National Committee and many GOP politicians still refuse to call out Trump’s rhetoric for what is is: xenophobic, racist, degrading, and potentially contributing to ISIS recruitment.

The best part of this whole ordeal? The photograph that Trump Jr. used in the tweet was taken by a refugee. Oh, the sweet, sweet irony. Maybe Trump Jr. should consider this scenario: If we ban refugees from entering the country, how will he continue to make inflammatory memes?