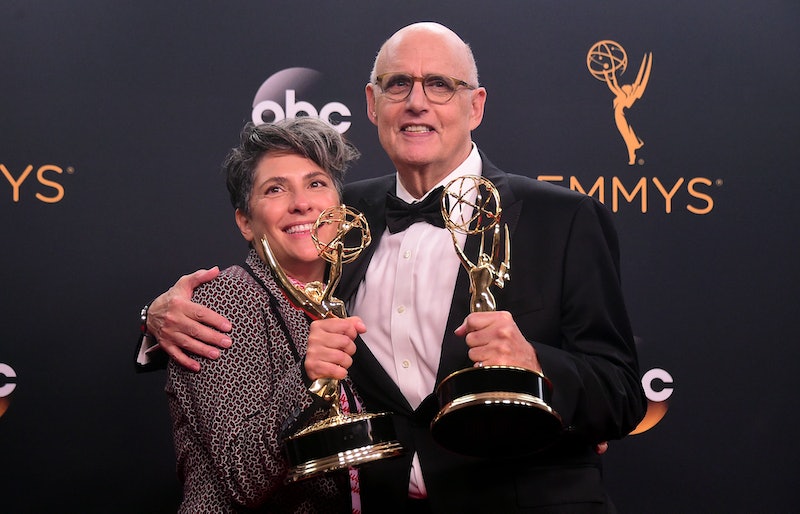 Transparent Season 3 hit Amazon Friday, Sept. 23 meaning that Maura, Shelly, Ali, Josh, and Sarah are back. But, can fans enjoy the Pfeffermans without fear of an unanswered cliffhanger? Will there be a Transparent Season 4? Yes, viewers can marathon easy — the show has been renewed. In fact, Season 4’s status was old news before season 3 even premiered, as the announcement of the fourth season was made back in May. At the time of the announcement, Variety quoted showrunner Jill Soloway about the show truly finding its place on Amazon.

“Amazon’s explosive freedom and revolutionary thinking has given birth to this show … It’s so much more than TV to us, it’s our version of the most ambitious streaming art we can conjure. We’re having the time of our lives sharing season two for the awards season hoopla, and editing and finishing up season three for a fall release. This news of an order for Season 4 is so, so sweet. The Pfeffermans have many more stories to tell and we can’t wait to keep making them.”

Though a Season 4 release date has not yet been set, Seasons 1 and 3 debuted in September and Season 2 in December. Each series was about a year apart, so that means Season 4 would likely start streaming around fall or winter of 2017. So, once viewers finish Season 3 there will be long a period where they jones for more Pfefferman family drama. Fortunatey, I have a few suggestions to get you through this rough time. Here are some shows and movies featuring Transparent’s stars to hold you over until Season 4.

Jeffrey Tambor will appear in Ben Affleck’s The Accountant, hitting theaters Oct. 14. And, you can always stream Tambor as Pop Pop on Netflix’s Arrested Development.

For modern Gabby, catch her on Girls. You’re probably re-watching the series anyway in anticipation of the impending final season — that I hope Caroline returns for! For vintage Gabby, check out her impressive repertoire of childhood acting gigs including Field of Dreams, Now and Then, and Sleepless in Seattle.

She is a prolific television actress and ageless icon. To get the full effect of her fabulousness, binge watch Ugly Betty on Hulu.

A year might be a long wait, but these other projects can hold you over until Season 4 debuts.