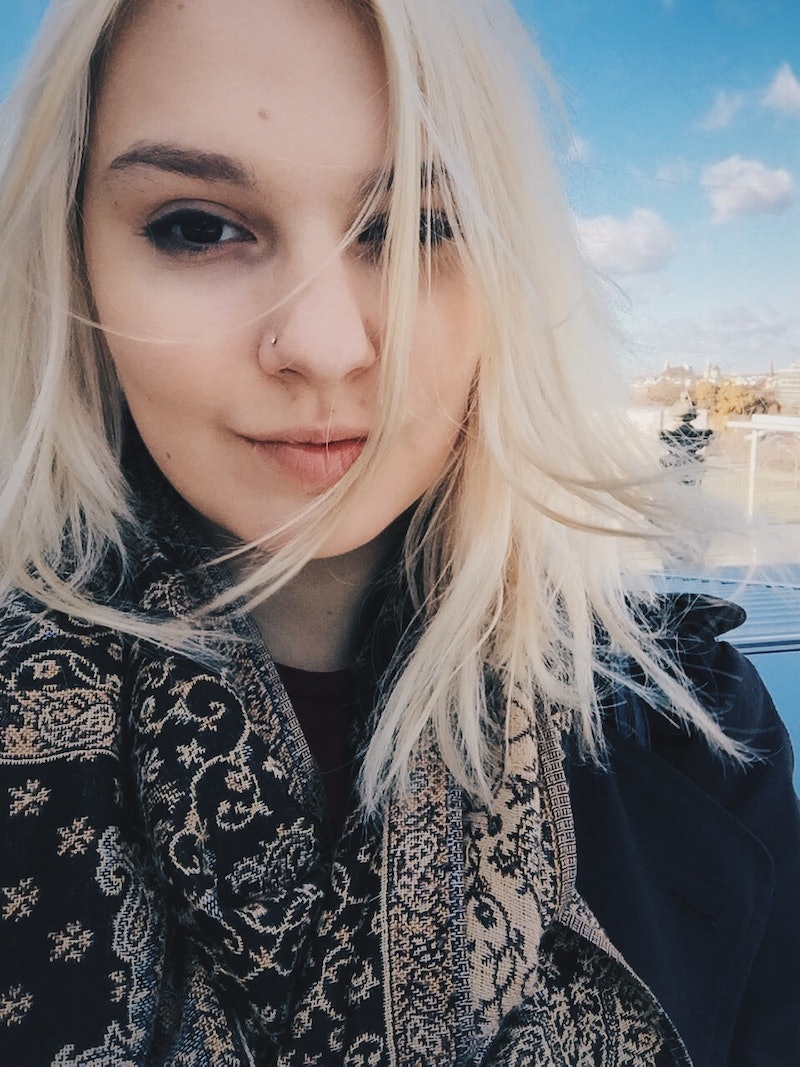 One of my best friends once told me that she wants to marry her boyfriend. I didn't really know what to say, so I just looked at her waiting for her to explain. She explained she's ready to get married to her boyfriend, that they've discussed it before, but that she wants to wait until after she graduates from college and after they have lived together. As someone who's 21 and the literal definition of single, I can't really see myself ever actually getting married, but that doesn't mean I don't understand why she does.

I feel like there's always been this misconception that I don't really understand how relationships work since I've spent so much of my life alone. But the problem with that idea is that I've never really been lonely. Sure, I'm not in a ~romantic~ relationship right now, but I still have relationships with people. I share a house with four roommates. I'm in a group chat with 12 other people, and all of us somehow manage to make plans with each other and meet up throughout each week. My younger sister and I go to the same college and meet up around campus from time to time. And by being single and focusing my energy on the platonic relationships in my life, I've actually learned quite a few things about romantic relationships. Here's what they are:

1. "More Than Friends" Is Misleading

Being single taught me that a romantic relationship really isn't the be-all-end-all of relationships. Your significant other isn't inherently more important than all of your other friends. That relationship is different, sure, but it doesn't mean that it's significantly more worthy of your time, energy, or commitment than all of your friendships. I have some incredible friends who are immensely supportive and loving, and I wouldn't want those friendships to fade away if I started dating someone. Your friends may love you in a different way than a partner might, but their love is still super important.

2. There's No Right Way To Have A Relationship

One of my friends told me he's bad at starting relationships, being in relationships, and ending relationships — but being single taught me that isn't really true. There are literally billions of people in the world and every one of those people is one-of-a-kind. So, the idea that everyone should have the same relationship and go on the same dates and do the same things in order to have a "real" relationship is just completely bogus.

While I've been single, I've been friends with many different people and each friendship has been unique to the person it was with. This taught me that romantic relationships aren't one-size-fits-all. Every relationship is special in its own way —whether you're in an open relationship or you've been married to your high school sweetheart for your entire adult life, if it works for you, it works.

3. You're Half Of The Relationship

Relationships are about compromising, but being single taught me that you shouldn't ever have to compromise your whole self. If you’re in a healthy relationship with a supportive partner, you shouldn’t have to sacrifice your own goals, interests or desires — and your partner shouldn’t have to sacrifice theirs. You and your partner are each only half of the relationship, so there should never be one person who’s giving up a huge part of who they are. You do have to compromise, but those compromises should never take away from who you are at your core.

I spent two consecutive semesters of college away from campus last year. In that time, I maintained my close friendships through social media, texting and FaceTime. When I came back to campus last month, I didn’t feel like a complete stranger. In fact, I actually felt closer to some of my friends than I had before I left. This taught me that keeping an open line of communication with a partner is key for a successful relationship. If you want to keep your relationship going, you have to keep the conversation going.

5. Everyone Will Have An Opinion

I’ve been single for over two years now, and even though that doesn’t bother me in the slightest, I’ve learned that other people will become invested in your love life. A few months ago, I smiled at a message a friend who I hadn’t talked to in a while sent me. My mom noticed this and got very interested in my reaction, thinking it had some hidden meaning besides you know, my friend just said something nice and I have emotions.

Being single taught me that even though your relationship is ultimately between you and your partner, it will also be something people close to you will get invested in as well.

6. Your Partner Is Basically A Type Of Best Friend

7. Your Worth Isn't In Your Relationship

Relationships can be wonderful, but being single taught me that they aren’t a factor in your worth as a person. I’m not better or worse than my friend who is ready for marriage because I’m single and she’s in a steady relationship. Our value isn’t determined by our relationship status, but by ourselves.

I’m sure that I still have a lot to discover about relationships, but there's no doubt that being single has taught me some pretty valuable lessons, too.