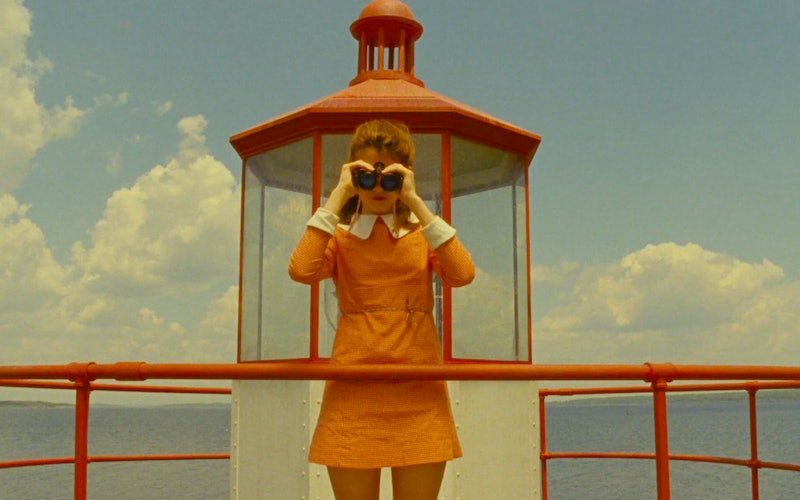 When it comes to the Mise-en-scène in modern cinema— shoutout to my former cinema studies professors: See? I can still name-drop the vocab — no one's got quite the distinctive voice of Wes Anderson. With The Grand Budapest Hotel adding itself to the canon these days, what better time to look back on one of the visual ticks Anderson employs most often? J.J. Abrams' lens flares wish they could have the swagger of Anderson's symmetry.

Bless the supercut, for it brings us wondrous things. There's no doubt we live in a world with more information at our fingertips than we could ever logically read or watch in one lifetime. Supercuts take one small slice of that pie and condense it down to one easily digestible package. It's pretty much a thesis statement for the Internet. And, in this case, it shines a light on one famous habit from one of modern film's more unique voices. The line down the center tells a story all its own.We will also, just in general, always welcome a lot of Bill Murray. Just maybe don't get Wes Anderson started on his grudge against cats — though we'd welcome a supercut of it.